Judge Jeanine: There was ‘Absolute Sabotage’ Against Trump 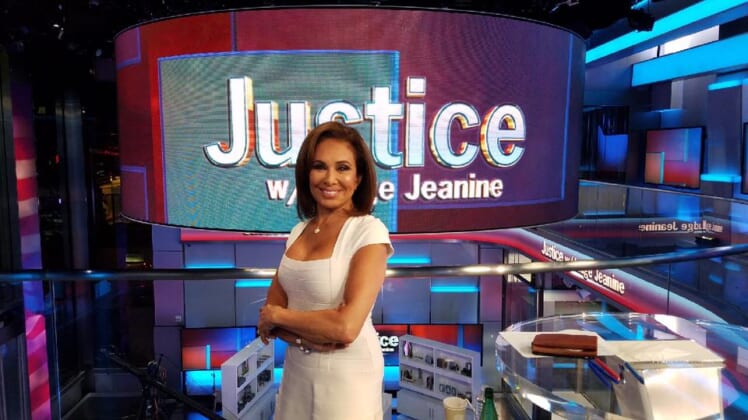 Fox News Channel host Jeanine Pirro dropped by the Todd Starnes Radio Show to promote her new book an explain why the Left, the Mainstream Media and Establishment Republicans are against President Donald Trump.

Americans knew something was wrong long before they elected Trump, and Pirro says this is why they chose to bring in an outsider as their next president – and it’s worked. Bringing in a businessman instead of a politician has improved the economy and created more jobs than people to fill them.

“Here is a man who’s got our backs, and we’ve got to have his back,” Pirro said on the show.

The Swamp is made up of both Republicans and Democrats, and these people don’t want anything to change because they want to keep the power and the money to themselves. In her new book, Liars, Leakers and Liberals, Pirro exposes some of the lies perpetuated about the president

“I felt it was important to write Liars, Leakers and Liberals because I wanted the American people to see that we have gone through one of the darkest periods of American political history where there was an absolute sabotage against the incoming president,” Pirro said.

But despite everything Trump has done for the American people, the July 17 edition of The New York Daily News shows a cartoon of Trump holding hands with Vladimir Putin and shooting Uncle Sam. The headline screams, “OPEN TREASON”.

Starnes and Pirro both agree that the only treason happening here is the Deep State’s attempt to undermine the president.

“I was upset enough to write this book because I saw something I have never seen in American history,” Pirro said. “And that is an attempt to get rid of a duly elected president by a smug few who think they know better than we do.”

The message Pirro wants readers to take away from her book is that America has drifted away from its conservative roots and that Americans must take action.

“It’s time for the American people to rally, to see the truth and to get behind a president who has done incredible things for us (and) is working for the Christian community to make sure America is as great as it can be,” Pirro said. “And we’ve got to support him in 2018 and in 2020.”

Liars, Leakers, and Liberals is available from Amazon.