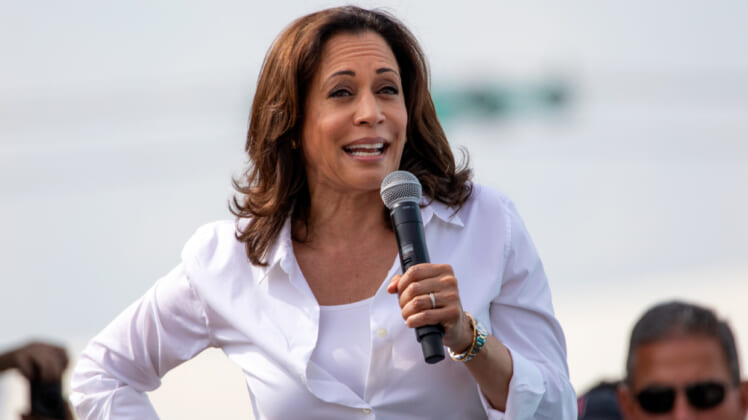 Protesters told Vice President Kamala Harris “Trump won” and to “go home” after she landed in Guatemala, as her first foreign trip in office got off to a rocky start.

On Sunday, the country’s president told CBS News he and Harris “are not on the same side of the coin on migration,” blaming the Biden administration for luring his citizens to the border.

Before leaving for the trip, Harris’ plane had to turn around due to a “technical issue” and when she finally landed in Guatemala, she was greeted by pro-Trump Guatemalan protesters, the Floridian reports.

Massive banners read “Kamala, TRUMP WON,” “KAMALA, Go Home!” and another pointing out the country is pro-life and opposed to abortion.

The rally also featured a sign hoisted on a billboard that read: “Kamala Stop Funding Criminals.”

Harris has been under fire since President Biden appointed her to oversee the border crisis. She has yet to hold a press conference on the issue nor actually visit the border.

The Biden administration has undone many of Trump’s border policies with a massive surge at the border since Biden took office.