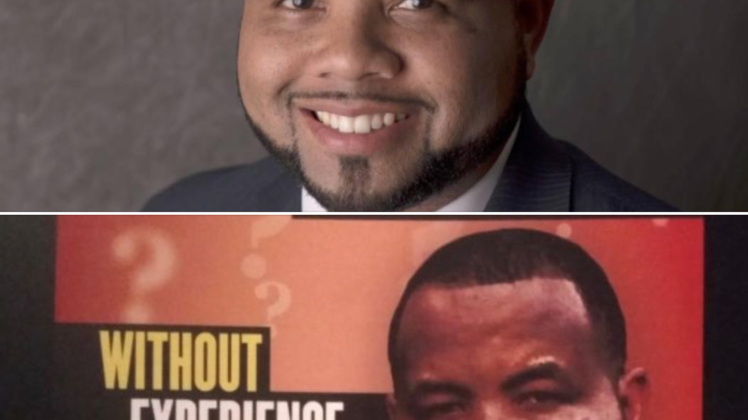 EDITOR’S NOTE: Dalton Glasscock is chief executive officer of Starnes Media Group, the company that owns ToddStarnes.com. That information was not disclosed in this story.

The Kansas Democrat Party sent out a mailer that intentionally darkened the complexion of a black military veteran running for office as a conservative Republican.

Patrick Penn, a U.S. Army veteran who served in Iraq and Afghanistan, is running for the state house.

The mailer featured a menacing picture of Penn dressed in what appeared to be orange attire. The message was not all that subtle.

“Democrats have an infatuation with black face and it goes back decades,” Penn said during an interview on “The Todd Starnes Radio Show.”

Penn said he was at the post office when he noticed the mailer in a trash can.

“My photograph was obviously altered and done in such a fashion to make me look menacing or intimidating,” the 20-year military veteran said. “It rocked me.”

Granted, politics is supposed to be a contact sport, not a racist sport.

“There’s a reason I’m a Republican,” he told Starnes. “The Republican Party is the only part that was formed by Lincoln with the express purpose of stamping out slavery and racism. It’s the only party that fulfills MLK’s dream.”

Penn, who is a strong supporter of President Trump, pointed out that the Kansas Democrat Party is actually headed by a Black man — quite ironic.

“I’ve never seen such blatant racism,” he said. “Our politics must be bigger and better than this.”

He said Democrats seem to be embracing a comment made by former Vice President Joe Biden on a radio program. If you don’t support the Democrats, “you ain’t black.”

“I’ve been black every day of my life for 42 years and twice on Sundays,” Penn said. “We are going to win this race. It’s going to be a red wave.”

He also urged voters to pray for President Trump and vote on Election Day.

“Vote like your freedom depends on it,” he said.