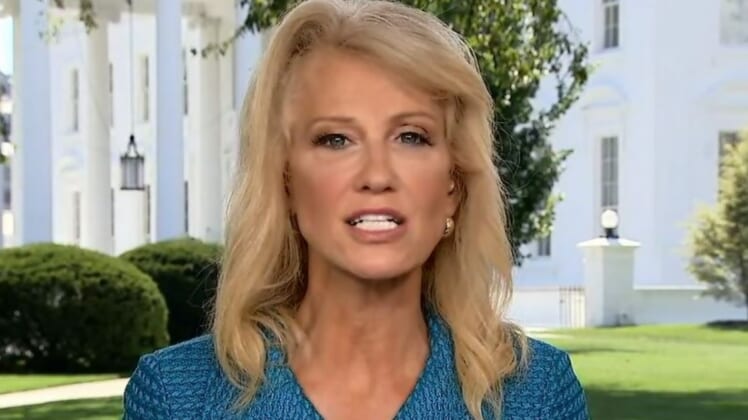 President Trump has not endorsed a candidate in Ohio’s hotly contested Senate primary, but his former campaign manager has.

“Bernie’s not a politician,” Conway said in a statement. “He is a conservative, a political outsider, and a successful businessman, just like President Donald J. Trump.”

Conway, the first woman to lead a winning presidential campaign, added: “He has lived the American Dream and wishes to protect it for future generations. Ohioans need a fighter like Bernie Moreno to speak up and stand up for them in Washington.”

The 2022 race to replace retiring Ohio Sen. Rob Portman is heating up and Conway said her involvement does not mean Trump is endorsing him, Politico reports.

Moreno has also been backed by former acting Director of National Intelligence and US ambassador to Germany Richard Grenell, who serves as chairman of the campaign’s national steering committee.

“President Donald J. Trump fought for the American people and delivered tremendous victories for us on taxes, judges, rebuilding the military, and taking on the cancel culture,” Moreno said. “That’s the kind of team we’re building. I’m thrilled that Kellyanne is joining us in our own fight to defend the gains President Trump has made and to stop the Socialist agenda.”