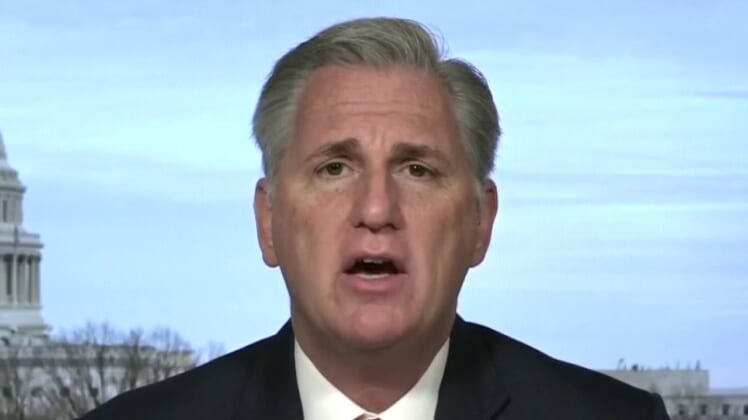 McCarthy said he privately advised Cheney, the House GOP conference chair, to tone down her anti-Trump rhetoric but it appears she hasn’t been listening.

“There’s a responsibility, if you’re gonna be in leadership, leaders eat last,” McCarthy told Politico. “And when leaders try to go out, and not work as one team, it creates difficulties.”

Cheney said she didn’t invited Trump to the party’s issues conference, held outside Orlando, because he is no longer the leader of the party.

“Liz Cheney is completely clueless, and we saw her vote for impeachment against President Trump and then we saw the Democrats use her name over and over again like a little puppet,” Greene concluded. “It’s incredibly stupid to me.”

Trump adviser Jason Miller, who also appeared on the Todd Starnes Radio Show Monday said Cheney was giving herself an “out” because he thinks she has “received new polling” showing she may lose her primary race.

LISTEN TO MTG’S INTERVIEW ON THE TODDCAST PODCAST BELOW: