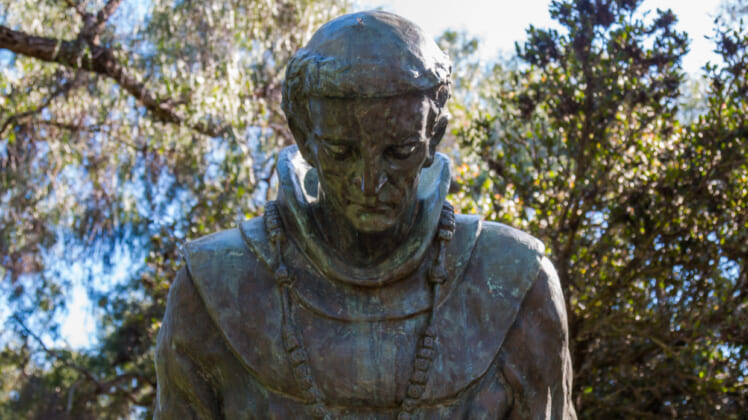 Catholic saint Junipero Serra was the latest victim of the cancel culture mob in Los Angeles. Mayor Eric Garcetti (D) removed his statue to correct “mistakes we’ve made in the past,” Breitbart reports.

Garcetti did the statue cleansing in the name of “cultural sensitivity” on Columbus Day. The Father Junipero Serra Park will now be called the La Plaza Park until a new name is decided.

“Los Angeles is a city of belonging that takes responsibility for the mistakes we’ve made in the past,” Garcetti said. “Our indigenous brothers and sisters deserve justice and today we take a step toward delivering both greater cultural sensitivity and spaces for Angelenos to gather and perform their traditional ceremonies.”

The statue of the missionary canonized by Pope Francis was the first Hispanic American saint, and it was vandalized several times over the last year in the Los Angeles park, the Catholic News Agency reports.

“This is not about tearing down or erecting statues. This is about telling the complicated truth of history,” the mayor told KABC News.

Garcetti said the city will issue a formal apology to Native Americans, give them priority access to the park and give them land.

“The buildings that are here were built on the slave labor of native inhabitants. And we’re sorry,” Garcetti said at an Indigenous Peoples Day event. “We’re sorry as a city for all the things that were done as a Spanish city, a Mexico city, an American city to erase the peoples whose land this is and always will be.”

Councilman Mitch O’Farrell, who is of the Wyandotte Nation, according to NBC News, added: “All land is indigenous. With the Indigenous Land Initiative, for the first time ever, we are putting Native American communities at the center of decision-making on issues related to our history and our future.”