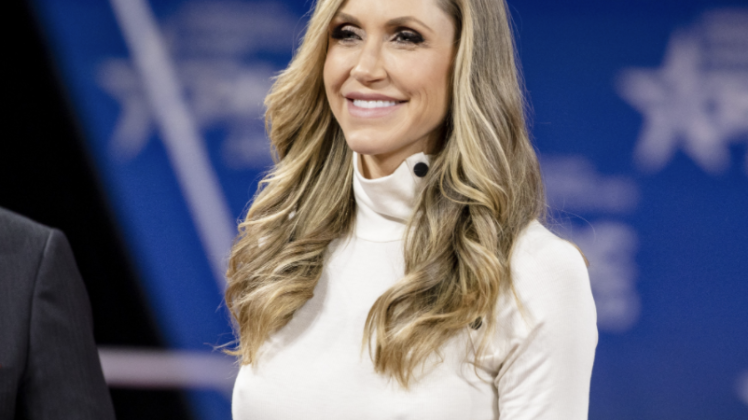 Lara Trump, President Trump‘s daughter in law and campaign advisor, told the “Todd Starnes Show” on Tuesday that she has noticed widespread support for the president while campaigning and said he is the only person standing in the way of the left’s drive to socialism.

Lara Trump called into the program while on a campaign bus in North Carolina with Diamond and Silk and Katrina Pierson. She said Trump’s realness and unscripted approach has resonated with voters, while Joe Biden, who she called a “Trojan Horse” for socialism, remains hidden and scripted.

“On one hand you’ve got a very transparent man in Donald Trump, on the other you have a life long swamp creature in Joe Biden who is literally getting used and manipulated as a puppet by AOC, Ilhan Omar and the radicals in the Democrat Party,” Lara Trump said.

The campaign bus was traveling in North Carolina, which Hillary Clinton referred to as a “firewall” state during the 2016 election. Trump defeated her there and Lara Trump, who is a native of the state, said she believes he has maintained his edge and even has new supporters after following through on so many of his promises as a candidate.

“We’re going to work hard every day until Election Day to make sure of it But I feel North Carolina is very very solid for trump here,” she said.

Todd Starnes, the host of the program, pointed out how both Joe Biden and Trump have focused on the suburban women and polls have shown that Trump has some challenges. Jennifer Rubin, a columnist for the Washington Post, pointed out in a recent column that women made up 53 percent of the votes back in 2016 and Trump managed to carry the white-woman vote.

Her column pointed out that women voters who were polled in key states favor Biden by 11 points, which is higher than Clinton’s margin in 2016.

Lara Trump said women that she’s spoken to are focused on safety and security and know that her father-in-law is the candidate to deliver. She said voters need to look no further than what occurred in Seattle and Portland under Democrat leadership. She said these leaders decided to play politics instead of protecting their citizens and the choice is clear for those voters that the president is the only candidate sticking up for law enforcement.