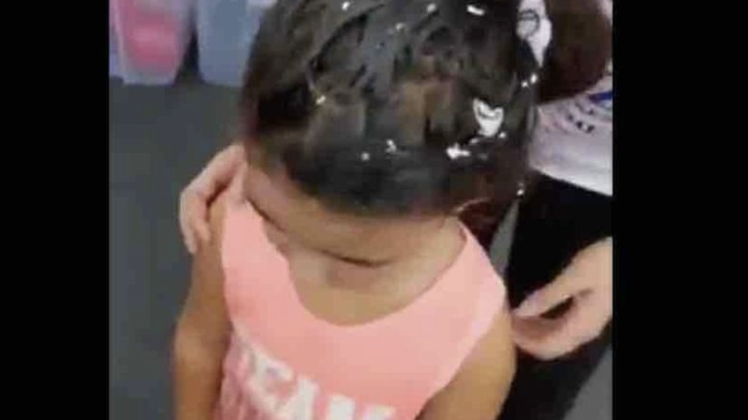 Police say the victims were standing by a wall when the three suspects threw eggs from a passing vehicle.