Loudermilk: God May Judge America for Standing By As Russians Wage Genocide 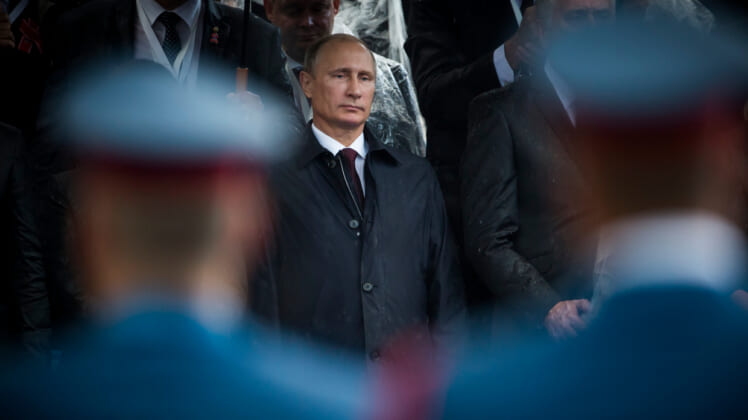 Rep. Barry Loudermilk (R-GA) told the Todd Starnes Show Monday America will have to answer to God for not doing more to help the people of Ukraine. That is especially the case for children.

“The Scriptures have warned, ‘If you even offend a young child, it’s better that a millstone be tied around your neck,’” Loudermilk told host Todd Starnes.

“I cannot imagine what is waiting in sort for someone who purposely targets young children with missiles and bombs,” said Loudermilk.

Reports vary, but People Magazine said on March 16th that 103 children have died in Russian attacks while adding that the death toll is likely to be much higher.

“A pastor I know in Ukraine was actually running a daycare in the basement of their church so the parents could go out and fight,” said Loudermilk. “When the Russians came in, they were still letting people go out and about, but you know, they were very cautious about them taking up arms, but then all of a sudden, things started changing (and) snipers were picking off people, (for example) first responders that were going to put out fires were taking sniper fire, so this has turned into what very well could be a genocide.”

Putin has also vowed to cleanse or purify Russia of pro-western citizens.

“These are words that are very similar to Adolf Hitler,” said Loudermilk. “Vladimir Putin was part of the KGB, which was the most-evil element of the former Soviet Union and he has not changed his mentality and we should have be doing more from the very beginning because this is about preserving life, it’s about preserving liberty.”

The United States and other members of NATO have been reluctant to get more involved in Ukraine, but Loudermilk said there is not a contract to do what is right.

“President Zelensky has just been asking ‘give me the means to fight, you don’t even have to come in’ but yet we are still so afraid of Vladimir Putin and what he may do,” said Loudermilk. “Putin knows this and he’s exploiting the weakness that we’re showing.”