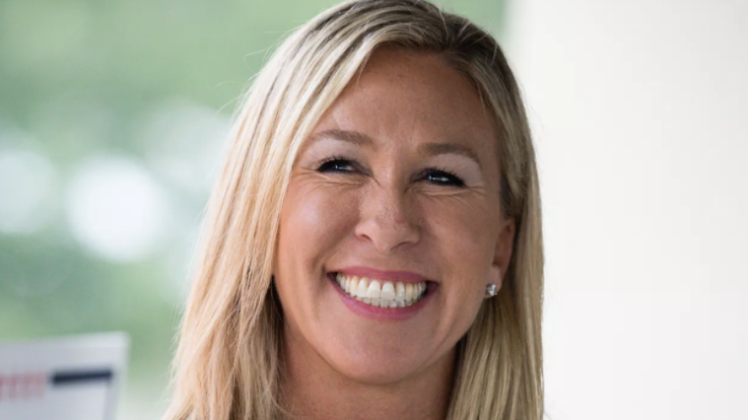 Her bill, the Protect America First Act, would build the Southern border wall to completion and undo President Biden’s immigration executive orders, according to the conservative representative.

“I’m so proud to introduce the strongest immigration legislation that this Congress has seen in one big package and I’m really excited to tell people about it,” Greene told host Todd Starnes.

“Protect America First Act is exactly what we need. It’s policies that we’re familiar with from President Trump but it’s also policies that we needed to see coming out of Congress in the past four years,” she explained.

“We need to stop the madness coming across the border and that’s exactly what this bill does. It reduces waiting periods for the removal of aliens from 90 days down to 30 days,” she said.

The act would end all federal funding for sanctuary cities, which she called treasonous for “providing aid and comfort to enemies of America.”

In addition to undoing Biden’s immigration orders, which he failed to address Thursday night, Greene’s bill would authorize $22 billion to complete the border wall within 30 days of enactment.

The nationally syndicated radio host praised the Georgia congresswoman for introducing the bill.

“You’re taking a lot of arrows up there for We the People, but you’ve got a lot of folks that are standing alongside of you,” Starnes said, “and I can tell you those of us on this radio program, we have your back.”