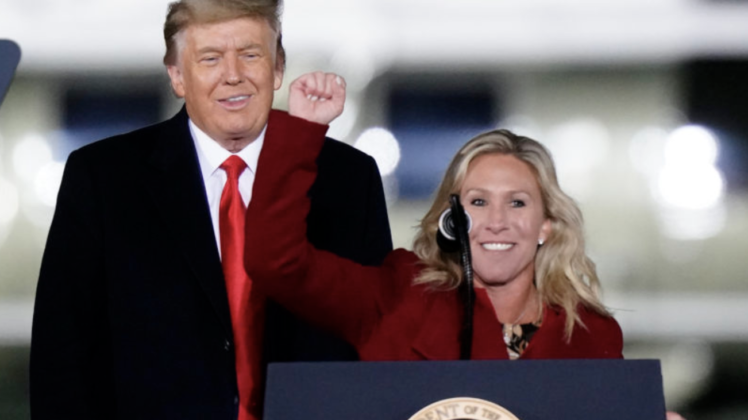 Rep. Marjorie Taylor Greene (R-GA) is facing a leftist mob armed with pitchforks and torches demanding that she be expelled from Congress.

The newly-elected Georgia congresswoman, who won her district by nearly 75 percent of the vote, but she is drawing unprecedented attacks over past social media accounts.

Greene announced on Twitter Saturday that she will not back down nor will she apologize.

“I will never back down and will stand up against the never ending blood thirsty mob who has addicted their followers to hate, in order to everything I can to protect our freedoms. I’m so thankful to say the people have my back and I will always have theirs,” she said.

Green also mentioned that she had spoken to President Trump over the telephone.

“You can never beat him because We The People have his back. The blood thirsty media and the socialists hate America Democrats are attacking me now just like they always attack President Trump,” she added.

Rep. Cori Bush (D-MO) accused Green of being a white supremacist and told journalists she felt like the Republican congresswoman was targeting her.

Bush demanded that her congressional office be moved away from Greene’s. Now, could you imagine the uproar if a white congressman had complained about being located next to a black congressman?

“It’s sad and that conduct would not be acceptable in any workplace,” Khanna said, “Who accepts a colleague coming and accosting you, yelling at you, without a mask? There should be rules against that. And what the sad thing is: most Republicans that I interact with are not like that. I have lunch with them, coffee with them. We work together. There are a few of these people who have taken to social media, made threats, and we should have zero tolerance.”

Greene lashed out at what she called the “enemy within.”

“And that enemy is a poisonous rot of socialist policies and America last sell outs who are pompous hypocrites that believe they are untouchable elites,” she said.