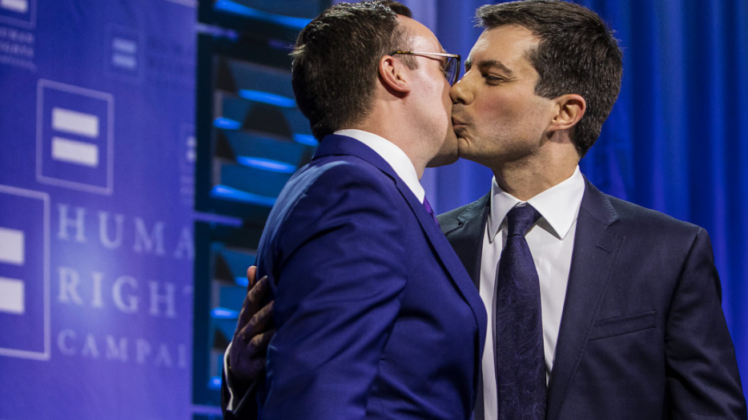 Joe Biden has named Pete Buttigieg as his pick for transportation secretary.

It’s a curious selection because Mayor Pete has absolutely no experience in the transportation industry. And South Bend was notorious for its potholes.

In his acceptance address Mayor Pete cited what he believed to be the qualifications needed to run the department.

He said he loves riding Amtrak, took college trips on cargo ships and proposed to his husband in an airport terminal.

“Don’t let anybody tell you that O’Hare is not romantic,” he said.

Oh, and he’s also gay – which is very important for Democrats.

He recounted watching one of former President Bill Clinton’s nominees get rejected because of his sexuality.

“At the time I had no aspirations of being appointed by a president to anything,” he said, and added, “I was a long way from coming out, even to myself, but still, I watch that story and I learned something about some of the limits that exist in this country when it comes to who is allowed to belong.”

“Two decades later, I can’t help but think of a 17-year-old somewhere who might be watching us right now, somebody who wonders whether and where they belong in the world or even in their own family,” Buttigieg said. “And I’m thinking about the message that today’s announcement is sending to them.”

Mayor Pete says if confirmed he will work to bring about racial harmony on the transportation department.

“At its worst, misguided policies and missed opportunities can reinforce racial, economic, and environmental injustice, dividing or isolating neighborhoods,” he said, promising to work to deliver “equity” and “empower everyone to thrive.”

That’s all well and good – but what we really need is someone who will fix America’s potholes and make sure the trains are running on time.