JUST IN: McCarthy Says on Hot Mic He’s “Had It” with Cheney 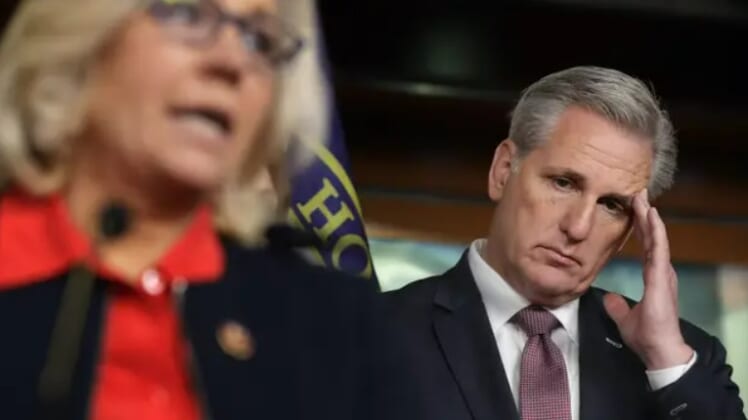 The California representative allegedly made the comments off-air with Steve Doocy before a “Fox & Friends” interview.

“I think she’s got real problems,” McCarthy reportedly said. “I’ve had it with … I’ve had it with her. You know, I’ve lost confidence. … Well, someone just has to bring a motion, but I assume that will probably take place.”

On air, McCarthy told Fox News he’s heard concern from GOP members about Cheney’s ability to carry out her job as conference chair.

Mediaite obtained an audio recording of his remarks: