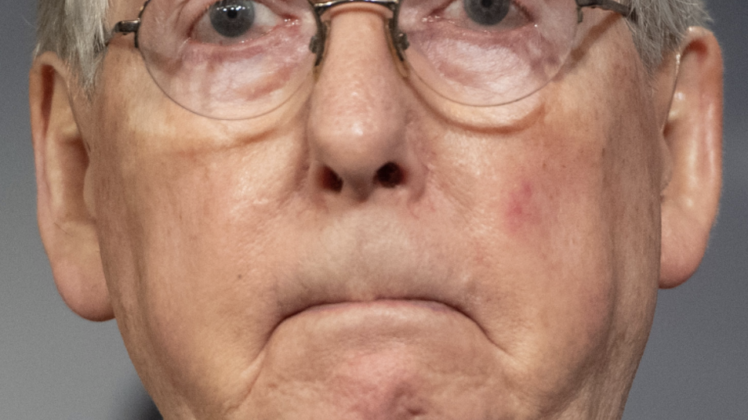 Sen. Josh Hawley (R-MO) is facing extreme pressure from Senate Republicans to abandon his efforts to object to the electoral college vote.

Politico reports that Majority Leader Mitch McConnell held a conference call with Senate Republicans today and he pressed Hawley multiple times to explain his plans to object to the electoral college.

Hawley was not on the conference call.

Hawley said in a follow up letter to senators that he’s been hearing from many of his constituents who are “deeply angry and disillusioned.” They are also frustrated “that Congress has taken little or no action.”

“I intend to object during the certification process on January 6 in order to force these issues to the fore, and to point out the unprecedented failure of states like Pennsylvania to follow their own election laws and the unprecedented efforts of the Big Tech corporations to interfere with this election,” he said.

Hawley rightly pointed out that Democrats in Congress have used the certification process in recent years to raise issues of election integrity.

“I strongly believe it is entirely appropriate for those of us concerned about the integrity of this last election to do the same,” he said.

The more important question – why doesn’t Sen. McConnell want to address voter fraud? And why has the majority leader turned his back on President Trump”

Congressman-elect Ronny Jackson (R-TX) said he was surprised not more Republican senators were willing to object.”

“Just this willingness to move on is going to do great damage to our country and great damage to the Republican party. We have to know what actually happened,” Jackson said during an interview on the Todd Starnes Radio Show.

Jackson praised the Missouri senator for taking such a courageous stand.

“If Josh Hawley is going to step up to the plate and do it, then God bless Josh Hawley,” he said. “He’s doing what he thinks is right and he’s doing what a large part of this country wants him to do.”