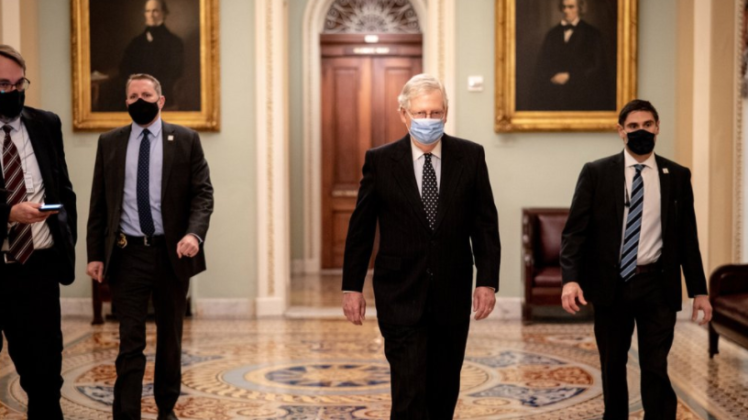 “The mob was fed lies,” Mr. McConnell said on the floor of the U.S. Senate, referring to attempts by Mr. Trump to overturn the election based on bogus claims of voter fraud. “They were provoked by the president and other powerful people. And they tried to use fear and violence to stop a specific proceeding of the first branch of the federal government which they did not like.”:

BREAKING: Sen. Mitch McConnell says the mob that stormed the U.S. Capitol on January 6 was “provoked by the president” and “fed lies." https://t.co/cBcjso3Xgk pic.twitter.com/UE2YiCjeeo