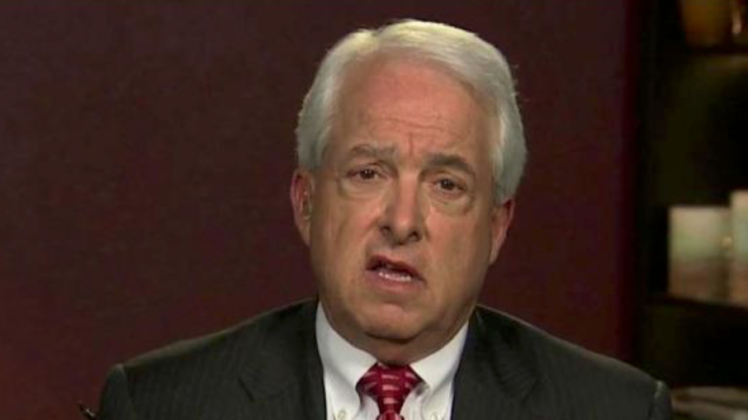 The man who has a great chance of becoming the next Republican governor of California joined the Todd Starnes Radio Show on Monday to discuss the state’s steady decline due to failed Democratic policies.

John Cox, who has been endorsed by former House Speaker Newt Gingrich and prominent House Republicans including House Majority Leader Kevin McCarthy and Devin Nunes, talked with Starnes about his promise to “clean out the barn” in California.

CLICK HERE TO LISTEN TO THE FULL JULY 30th INTERVIEW.

“I’m a no-nonsense businessman who is sick of the lack of results in this state – like the homeless problem,” he said.”I’m disgusted and shocked at how mismanaged this state is.”

Cox said the Democrats have a stranglehold on the Golden State.

“It’s been said many times that Jerry Brown – Governor Moonbeam – was the adult in the room in Sacramento,” he said. “If Jerry Brown is the adult, Gavin Newsom is the teenager with a bottle of whiskey and the car keys. We do not want that situation at all.”

Cox and Starnes discussed the failings of the once prosperous and beautiful city of San Francisco, which has recently been plagued by reports of human waste and dirty needles on the streets.

Starnes noted that local train stations in San Francisco are warning passengers to check their seats before they sit down in order to avoid sitting on a needle.

“This is Gavin Newsom’s California,” Cox said of his Democrat opponent, referring to his rival’s term as mayor of San Francisco from 2004 to 2011.

“He spent a billion and a half dollars of tax-payer money in San Francisco…and the actual number of homelessness went up,” Cox said. “The guy couldn’t manage his way out of a paper bag.”

Cox criticized Newsom’s response to the homelessness crisis in San Francisco, noting that his opponent’s only response to aid homeless citizens is to give them free needles and “clean rooms to shoot up in.”

Starnes and Cox said the failed Democratic policies are all the more hypocritical now that San Francisco is on the verge of banning plastic straws.

“San Francisco is more concerned about dirty straws than they are dirty needles,” Starnes said.

Newsom, the lieutenant governor of California, has refused several offers from Cox to hold a debate on policy matters.

“He doesn’t have any answers,” Cox said. “He has done nothing in sixteen years and he doesn’t want to have to answer for that in front of an audience.”

Cox said Newsom will seek to blame President Trump for all of California’s problems–failing to have an answer on the gas tax and the housing crisis. He further noted that Newsom is funded by teacher unions who want to end charter schools and school choice.

“California is incredibly inefficient, wasteful, and corrupt,” he concluded.

Cox has personally led the fight to end the gas tax as chairman of “Repeal the Gas Tax.”

“California spends four times what Texas spends to build a mile a road,” he said. “California is incredibly inefficient, wasteful and corrupt.”

In order to fix the issues California has been facing for so long, Cox says the state must repeal the gas tax, slash taxes across the board, and become more friendly to small businesses and the middle class.