Meet the Republicans Who Want to Give Illegal Aliens Amnesty 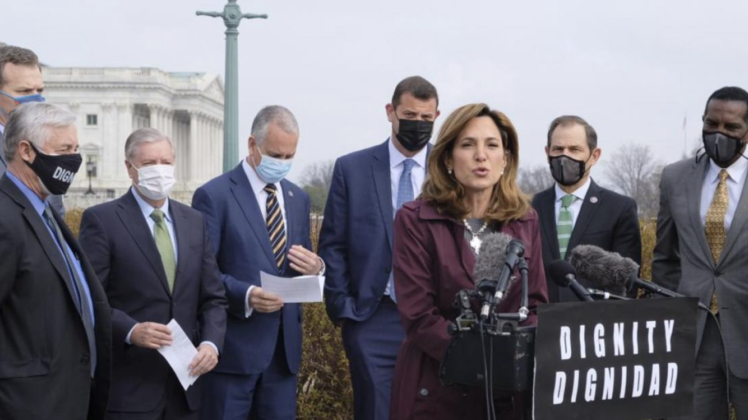 Specifically, the amnesty — dubbed the “Dignity Proposal” — would give legal resident status to anywhere from 1.5 to 3.5 million illegal aliens who are enrolled and eligible for DACA. Eventually, these illegal aliens can apply for green cards and obtain American citizenship.

Democrats have proposed divisive and unworkable legislation, Rep. Salazar is leading and convening a coalition to fix the issue of illegal immigration once and for all.

At a press conference at the U.S. Capitol, Salazar laid out the major principles that serve as the foundation of her proposal, including: Border Security, Asylum Reform, Protection for Dreamers, and Practical Solutions for the Undocumented and Guest Workers. She emphasized the themes of Dignity and Redemption as a compassionate and reasonable approach to address this complex problem that has lingered for decades.

“No political party holds a monopoly on compassion in our county,” said Congresswoman Salazar. “The principles in my plan will help bring Dignity and Redemption to our undocumented population as we work to secure our border. We have a crisis on our Southern border, children are being trafficked, and we must do everything possible to fix our immigration system once and for all.”

According to Breitbart, the full list of GOP lawmakers backing the plan include: