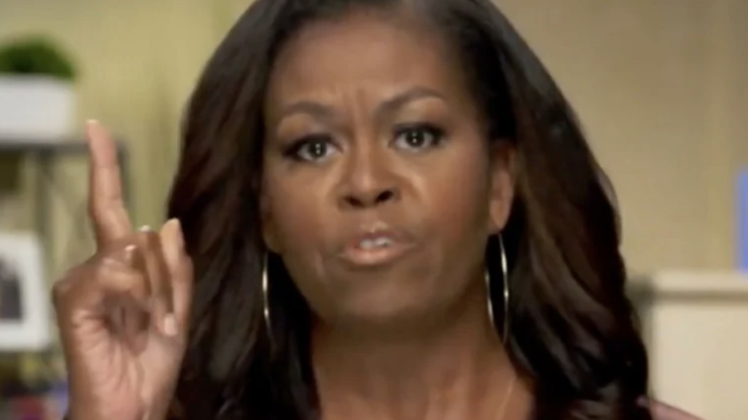 Just in case anyone was out there wondering if Michelle Obama was going to make an appearance wearing a “Make America Great Again Hat,” she made it clear Monday that she was supporting Joe Biden for president in her “closing argument” that called President Trump’s actions “racist” and attempted to provide political cover for the “overwhelmingly peaceful” protests in the country.

To be sure, the Obamas have not been overly visible throughout the campaign and there have been suspicions as to why former President Obama refused to endorse his former vice president in the primaries. (Clearly, if he was the man for the moment, Obama would have put the fear of giving Biden an edge in the early campaign aside and provided a full-throated endorsement.)

But the former first lady’s video stuck familiar tones, according to critics. She blamed Trump for his “morally wrong” and “racist” actions and said he cannot be trusted with the future of the country. She even supported the “overwhelmingly peaceful movement” that shines a light on racial injustice in the country.

“The President and his allies are trying to tap into that frustration and distract from his breathtaking failures by giving folks someone to blame other than them,” she said. “They’re stoking fears about Black and Brown Americans, lying about how minorities will destroy the suburbs, whipping up violence and intimidation — and they’re pinning it all on what’s been an overwhelmingly peaceful movement for racial solidarity.”

She said only a “tiny fraction” of these protests have had “any violence at all.”

The night before the video was released, violent protesters exploded in Downtown Los Angeles and there continue to be nightly clashes in Portland.

She warned, “So what the President is doing is, once again, patently false. It’s morally wrong and yes, it is racist. But that doesn’t mean it won’t work.”

Todd Starnes, the host of the “Todd Starnes Show,” took to Twitter shortly after the video emerged and said Michelle Obama is “stoking fears about White Americans. Enough with these professional race agitators!”

Last month, Diamond & Silk, the famous pro-Trump duo, were interviewed by Starnes after Michelle Obama was accused of playing the race card.

Michelle Obama recalled a time when her husband was in office and she and her young daughters stopped in a Haagen-Dazs ice cream shop for a treat after soccer practice. She remembered a White woman who apparently didn’t recognize them and just cut in line to order.

“There was a line, and once again, when I’m just a Black woman, I notice that white people don’t even see me. They’re not even looking at me,” Michelle Obama said.

Lynnette “Diamond” Hardaway said, “Everything is not about racism. It’s not about because you’re Black, she cuts in line.”