STARNES: Michiganders Surrendered Their Freedoms and Now They’re Surprised the Governor Won’t Give Them Back 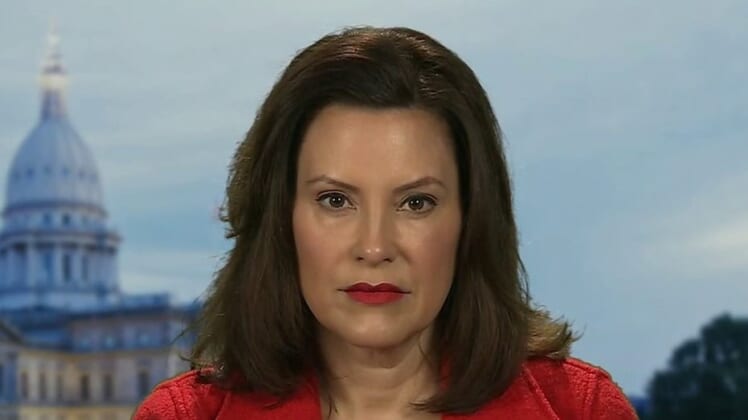 The Democrat governor, who recently lied about traveling to Florida during spring break, received her second dose of the Pfizer vaccine while she made the comments.

“On our path to vaccinating 70 percent of Michiganders 16 and up, we can take steps to gradually get back to normal while keeping people safe,” Whitmer said, according to the Detroit Free Press.

“If you don’t get that vaccine, you’re not going to be a free state. You will live under the draconian rules of Gretchen Whitmer. This is unbelievable,” he said Friday on the Todd Starnes Radio Show. “But ultimately the fault lies with Michiganders who gladly surrendered their civil liberties in the name of public safety. And they’re really that surprised the Democrat governor refuses to restore their rights?”

Whitmer also said it is a “very real possibility” she and President Biden will allow citizens to celebrate Independence Day without restrictions — if enough Americans get stabbed.

In a cringeworthy tweet, the pro-lockdown governor tweeted a video of her getting poked with the caption: “Shot girl summer!”