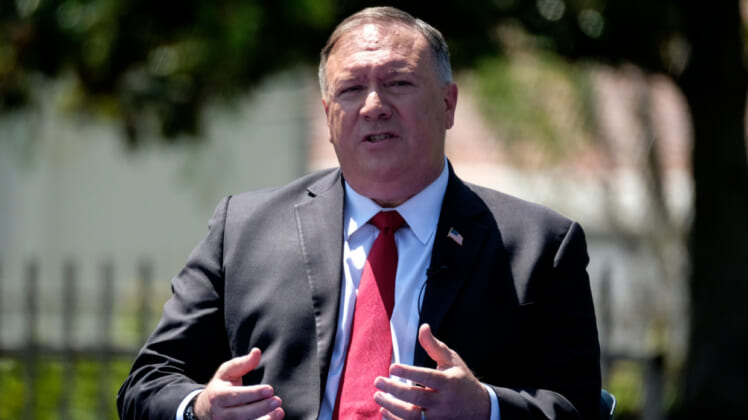 The ex-Trump Secretary of State told the New York Post he was spurred to make lifestyle changes, including a home gym and diet, after he almost reached 300 lbs for the first time in his life over the summer.

“WTF happened to MIKE POMPEO?!?!” Kelly wrote on Twitter. “He dropped a TON of weight. Easy there Mr Secretary ! Don’t be like Star Jones. Remember her from the old VIEW? When she lost the WEIGHT she lost her MOJO ! (PS: what’s with the T-shirt. We want you in TRUMP’S CABINET, not in BIEBER’s POSSE)”

Others speculated that the former Kansas representative must have had some kind of surgery, but he said that isn’t the case. And although he’s eating healthier he told the outlet he hasn’t given up IHOP.

And although he said he was inspired by his son’s upcoming wedding, some are speculating if he lost weight to run for president.