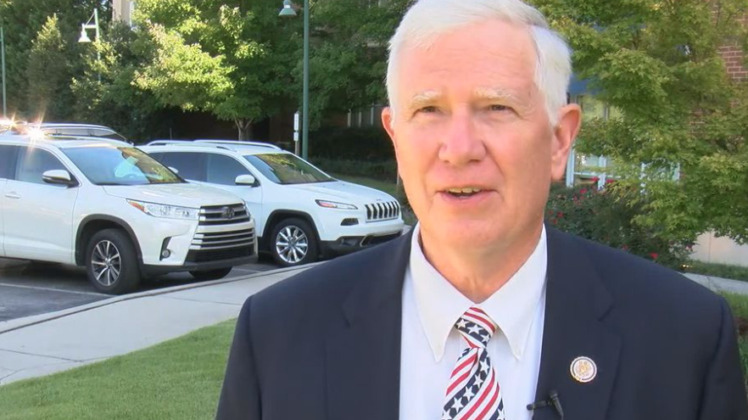 Rep. Mo Brooks, R-Ala., went off on Republicans who have remained silent during President Trump’s election challenge and hide behind court rulings to justify their cowardice.

“It is sad to the extent that we’ve got Republicans who are unwilling to do their homework or unwilling to make tough decisions,” Brooks said in an interview on Fox News Monday.

Brooks was responding to a critical tweet from Rep. Adam Kinzinger, R-Ill., who was identified in The Gateway Pundit as a “Never-Trumper” who accused the president and his backers of using the election challenge as a misguided scheme to raise money. Brooks said in a tweet that Kinzinger and his allies have simply waved the white flag to voter fraud.

Kinzinger responded, “Brother you’re a friend, but the only thing I’m surrendering to is the Constitution and the will of the people. I’m a fighter, and the Republic needs fighters to defend against descent into chaos.”

Republicans who have the courage to support Trump face the wrath of the media and those opposed to the president within their own party. The media has been effective in portraying anyone who questions how a candidate as weak as Joe Biden can benefit from a historic turnout.

Brooks told “Fox & Friends” that he is not alone. He said that dozens of colleagues could object to the Electoral College results that will occur on Jan. 6. He said that these representatives will “sponsor and co-sponsor objections” to the vote returns from Michigan, Wisconsin, Pennsylvania, Georgia, Arizona, Nevada and maybe more depending on where we collectively want to go.”

Brooks, who represents north Alabama, has already felt the brunt from the media in what it means to support Trump’s challenge. AL.com ran a small profile and the unfavorable lead set the tone for the article.

“Controversy has long defined Mo Brooks’ decade as a congressman for north Alabama, far more than any legislative achievements or economic wins,” the lead read.

Brooks told the paper that if you are elected to serve in Washington, D.C., and you are “not controversial, you have not been doing your job.”