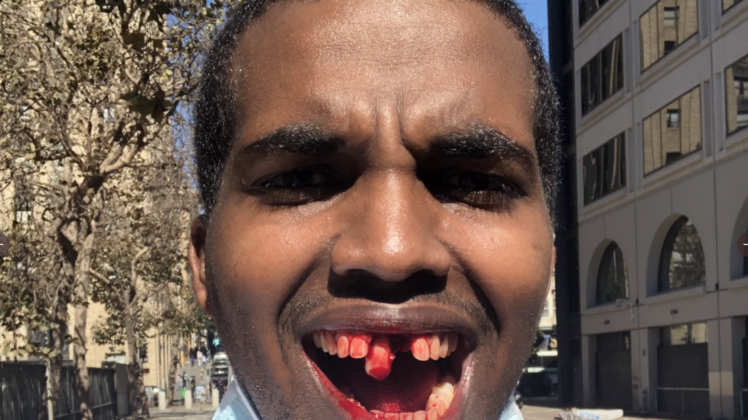 As many as a dozen conservatives, many wearing Make America Great Again ball caps, were attacked by Antifa thugs outside Twitter headquarters in San Francisco.

A police officer was also injured in the melee after Antifa pelted the group with rocks, bottles and other debris.

The conservatives had gathered to protest Twitter’s decision to target conservatives and ban content that reflected negatively on former Vice President Joe Biden.

Video shows one man knocking out the teeth of a Black organizer of the event. Another video shows a woman dressed in an American flag shirt being assaulted by the mob.

“These people are racist terrorists,” organizer Philip Anderson said in a video filmed from a San Francisco hospital.

Anderson called the counter protesters hypocrites and said they are the reason why he’s voting for President Donald Trump.

“I love America, I love this country and I love free speech,” he said.

Mr. Anderson can be seen on the video being sucker punched as his attackers called him a racial slur. Watch below:

Philip Anderson, a free speech rally leader, punched by counter protester and pushed back into barricaded area at UN Plaza in SF. Rally has not started yet. #ProudBoys #SanFrancisco pic.twitter.com/NcNopIyDAX

Woman being harassed, assaulted and stolen from by Antifa
San Francisco, CA pic.twitter.com/qaRwCEwaHW

Joe Biden, do you still think that Antifa is “just an idea” ? pic.twitter.com/UECmU39Tx6

Antifa violently attacked us and the police today. Throwing eggs water bottles glass bottles rocks and soda cans. Police had to escort us to the parking garage. Antifa is a Communist Terrorist group trying to overthrow the USA. pic.twitter.com/57PQeiMqUV

Oh, so this is why they assaulted the lady. She was chanting "God bless you" at them. What a fascist. #SanFrancisco pic.twitter.com/3ankf1Dq2t