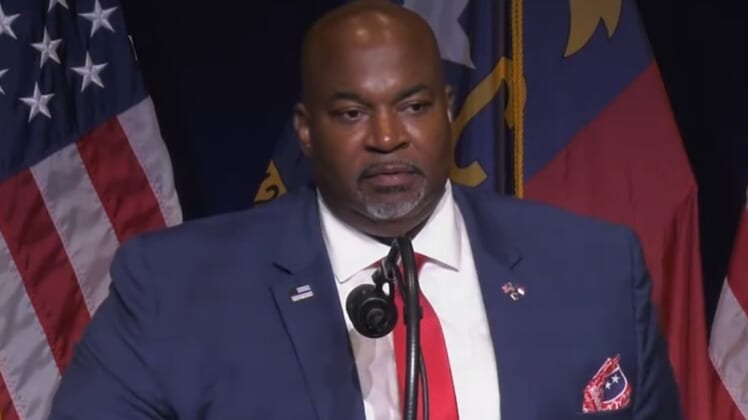 North Carolina Lt. Gov. Mark Robinson (R) sounded more like a preacher than a politician during a fiery speech he gave at the state’s GOP convention. The sermon title: ‘We’ve got to run to the trouble.”

Robinson defined “the trouble,” saying the Biden administration “is seeking to turn this country into a socialist hellhole.”

“That’s got to be us on this day, right here. We’ve got to run to the trouble, folks,” Robinson told the crowd. “The trouble is the Biden administration, that is seeking to turn this country into a socialist hellhole.”

But he didn’t stop there, calling out Antifa and the Black Lives Matter movement.

“The trouble is Antifa, that wants to roam the streets and beat you into submission,” he added. “The trouble is Black Lives Matter that claims to care about the lives of black people, but it’s turned a blind eye while violence in black communities are taking lives at a genocidal rate.”

Robinson, who won North Carolina’s race for lieutenant governor in 2020, making him the first black person to serve in that office, challenged Republicans to run towards “the troubles.”

“We don’t come from weak, jelly-backs, spineless people,” he said, referencing difficult times in American history, like Iwo Jima and 9/11, when Americans ran into danger. “You share your heritage with a strong and brave people who are determined to hold on to their freedoms.”

He concluded: “Let’s save America, folks. Because if there is to be freedom in this nation in the future, it is only going to become at the behest of the Republican party… the party of freedom and equality.”