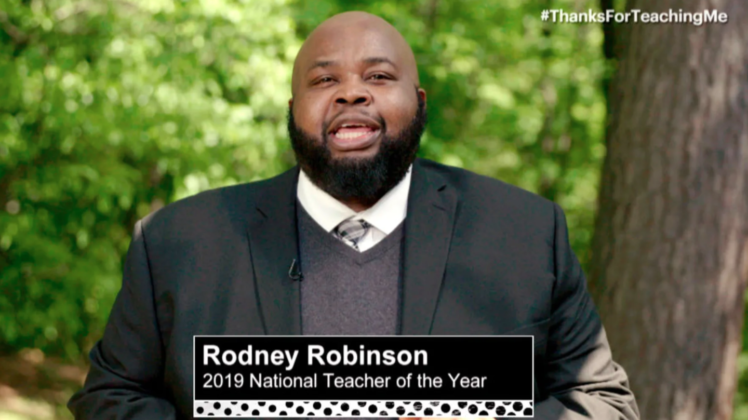 The 2019 National Teacher of the Year wants someone to beat the living daylights out of Senate Majority Leader Mitch McConnell.

“Who are Mitch McConnell’s neighbors? I’m just saying Rand Paul’s neighbor did what a true Kentucky hero should do. It’s your turn to step up,” tweeted Rodney Robinson, a teacher at Virgie Binford Education Center in Virginia.

Sen. Rand Paul (R-KY) was brutally attacked by a neighbor in 2017. He was left with six broken ribs and had to have a part of his lung removed.

2019 National Teacher of the Year pic.twitter.com/0PQTDxos3v

“I am so disgusted by this I have no words. The 2019 ‘National teacher of the Year’ is celebrating the violent assault on my husband that resulted in 6 broken ribs and part of his lung being removed. This hateful thug is calling for more violence on Sen McConnell.”

Robinson later deleted the tweet and accused his critics of having “racial” motives.

“I made a Mitch McConnell joke today and the conservative bots are real angry. It’s funny because the joke was made early today and no one said a thing until I promoted black medical awareness,” he wrote.

Advocating violence against someone is unacceptable – no matter their skin color. And such a person has no business being anywhere around children.