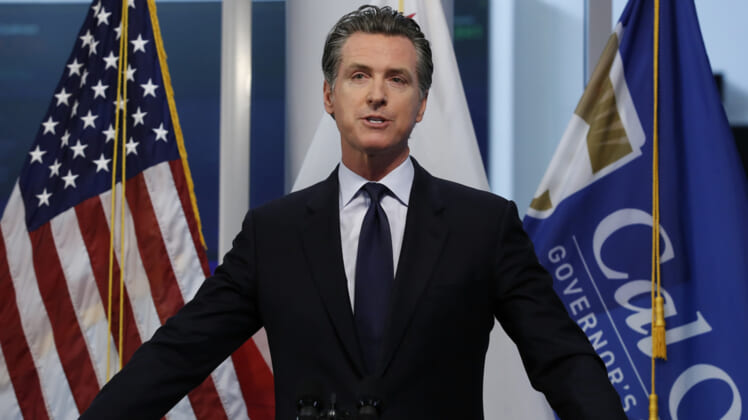 California Governor Gavin Newsom signaled he may be nervous about the recall effort Monday, tweeting he won’t be distracted by it.

The governor and his political allies recently launched their own counter-campaign, dubbed “Stop the Republican Recall.”

The website alleged that the recall was powered by “a partisan, Republican coalition of national Republicans, anti-vaxxers, QAnon conspiracy theorists, anti-immigrant activists, and Trump supporters.”

“They want to overturn Governor Newsom’s election, and their victory could threaten California’s efforts to fight COVID-19,” according to the website.

A campaign-style video was also released, which characterized the recall efforts as a “power grab.”

The Democrat called the recall effort a “partisan, Republican recall,” one he will “fight” because “there is too much at stake.”

“Getting Californians vaccinated, our economy safely reopened, and our kids back in school are simply too important to risk,” Newsom continued.

His handling of the coronavirus pandemic, which resulted in schools being closed, businesses shuttered, and people of faith not being able to worship normally, are among the reasons people are in favor of the recall.

While Newsom calls the recall effort partisan, only 66% of registered Democrats say they would vote to keep him in a new poll from Emerson College for Nexstar Media.

During a recent appearance on The Todd Starnes Radio Show, recall participant and Assemblymember Kevin Kiley (R-Rocklin) said people are not happy with the “unscientific and corrupt mismanagement of this COVID-19 era by Gavin Newsom.”

“It’s really amazing, just the multi-partisan support that this movement is getting from people of all political affiliations, all backgrounds, all walks of life, who have been completely disenfranchised,” Kiley said.

When you combine that with California’s high poverty rate, poor education outcomes, homeless population, and deteriorating roads and bridges, Kiley said more people in California are paying attention to the state capitol as opposed to the nation’s capital.

“They’re really starting to see the connection between the deterioration of their quality of life in California and the corruption of our state politics,” he added.

“They likened this movement of more than a million people which is utilizing a constitutional process to a violent overthrow of the government,” Kiley told host Todd Starnes.