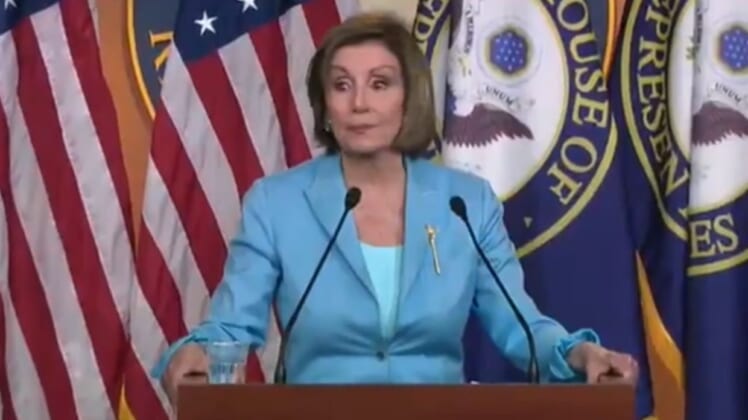 House Speaker Nancy Pelosi is getting slammed for her response Thursday when asked if an unborn baby at 15 weeks is a human being.

Pelosi was simply asked by a CNS News reporter: “Is an unborn baby at 15 weeks a human being?”

“Let me just say that I am a big supporter of Roe v. Wade,” Pelosi said.

“I am a mother of five children in six years. I think I have some standing on this issue as to respecting a woman’s right to choose,” the Democrat leader added.

“Is it a human being?” the reporter followed up with. Pelosi refused to answer pointing to other journalists.

The Young America’s Foundation also took Pelosi to task for her comments:

“Using your motherhood to advocate for others to kill their babies is absolutely shameful, Nancy Pelosi.”

WATCH THE VIDEO OF PELOSI’S ANSWER BELOW: