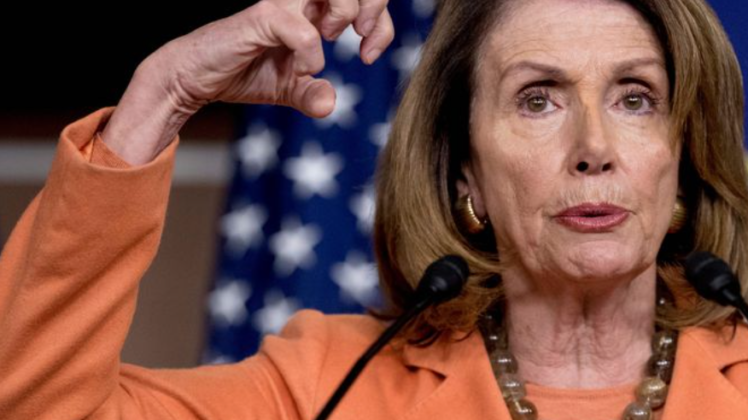 Speaker of the House Nancy Pelosi has always struck me as vindictive. She proved that point to me recently when she interviewed with Politico and talked about President Donald Trump.

However, the real vengeful side of Pelosi came out in the next sentence.

“‘I plan to pull him out of there by his hair, his little hands and his feet,'” she said.

So much for a peaceful transition. I thought Democrats wanted to work in unity?

President Trump hasn’t indicated that he won’t peacefully leave the White House once the election results are official. However, many on the Left are demonizing President Trump by saying he won’t leave office willingly.

This is the same woman that threw a hissy fit by ripping up paper on national television.

The new $900 billion stimulus bill, which is under heavy criticism, heavily involved Pelosi, and Politco praises her for it.

“In a flurry of phone calls with Republican leaders on Sunday — two with McConnell, five with Mnuchin — she secured roughly $38 billion in worker-related tax credits,” the article said, “funding for water infrastructure projects and international vaccine distribution.”

Meanwhile, Americans are getting a measly $600 check, while lawmakers like Pelosi are still getting paid the big bucks.