Pelosi: We Did NOT Rebuke Omar For Comparing Israel, US to Terrorist Groups 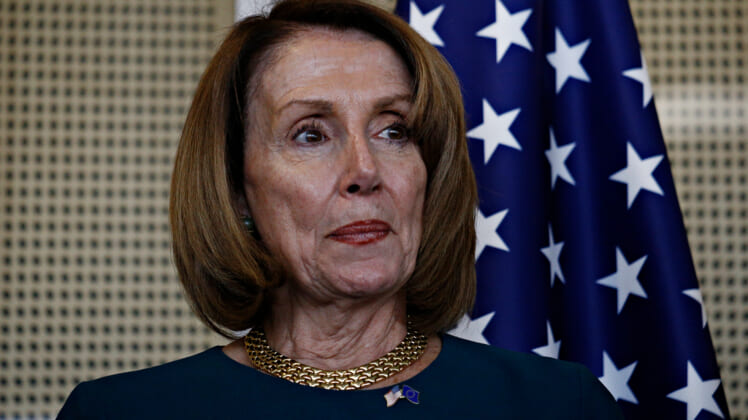 “We must have the same level of accountability and justice for all victims of crimes against humanity,” Omar wrote on Twitter. “We have seen unthinkable atrocities committed by the U.S., Hamas, Israel, Afghanistan and the Taliban.”

Former IsraelI Defense Force Sergeant Yoni Michanie tweeted: “It’s a sad day when a member of Congress equates the United States and Israel to Hamas and the Taliban.”

That tweet, which Omar later clarified, caused a firestorm of controversy among Democrats and Republicans, Christians and Jews.

“Equating the United States and Israel to Hamas and the Taliban is as offensive as it is misguided,” Illinois Rep. Brad Schneider and 11 other Democrats wrote in a joint statement issued late Wednesday. “Ignoring the differences between democracies governed by the rule of law and contemptible organizations that engage in terrorism at best discredits one’s intended argument and at worst reflects deep-seated prejudice.”

“The United States and Israel are imperfect and, like all democracies, at times deserving of critique, but false equivalencies give cover to terrorist groups,” they said. “We urge Congresswoman Omar to clarify her words placing the US and Israel in the same category as Hamas and the Taliban.”

Omar and her leftist colleagues exploded in rage – accusing her fellow Democrats of being Islamophobic.

Omar called it “shameful for colleagues who call me when they need my support to now put out a statement asking for ‘clarification’ and not just call. The islamophobic tropes in this statement are offensive. The constant harassment & silencing from the signers of this letter is unbearable.”

On Sunday Pelosi defended Omar and said she is “a valued member of our caucus” and admitted that Democrats did not “rebuke her.”

Ilhan Omar equated the U.S. and Israel with terrorist groups.

Nancy Pelosi says Omar “is a valued member of our caucus” and admits Democrats did not “rebuke her.”

We must have the same level of accountability and justice for all victims of crimes against humanity.

We have seen unthinkable atrocities committed by the U.S., Hamas, Israel, Afghanistan, and the Taliban.

I asked @SecBlinken where people are supposed to go for justice. pic.twitter.com/tUtxW5cIow

She should not be in Congress, much less on the House Foreign Affairs Committee.