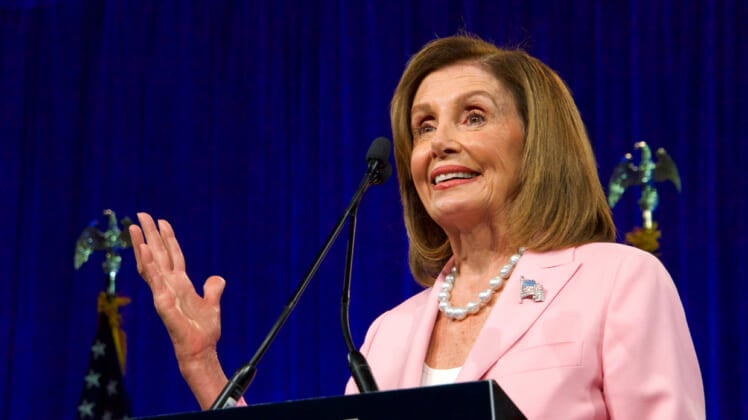 Staffers in the office of House Speaker Nancy Pelosi, D-Calif., appear to be running out the door for other opportunities as rumors swirl the octogenarian congresswoman’s retirement is imminent.

The latest staff member leaving a job is Pelosi’s campaign Executive Director Jorge Aguilar, who announced his departure to join theGroup, a bipartisan government relations firm in Washington, D.C., according to the Punchbowl email newsletter.

Aguilar, according to the report, will be advising clients on “navigating the intricacies of the Democratic Caucus and stakeholder organizations.”

As speculation intensifies Pelosi, 81, might be winding down her political career, making a retirement announcement in the near future, her office has seen a spike in its “turnover” rate during the last year, coming in at almost twice the average for congressional offices, according to LegiStorm, a company devoted to “government affairs professionals who need to accurately identify congressional staff, monitor activity on Capitol Hill, and engage with members and staff.”

According to the organization, the speaker’s office had a turnover rate of .69, compared to an average for all offices of .38 in 2021.

“Turnover of 0.0 indicates no turnover during a time period, while a 0.5 turnover index indicates that half of the office, weighted by salary, has turned over per year,” according to the organization’s website.

The high number comes the same year as Pelosi helped fellow Democrats in Congress raise the salary cap for staff members as COVID-19 fears, the Jan. 6 storming of the Capitol, and long hours have strained the number of staffers working on the hill, Politico reported in September.

“I have friends doing really valuable work, doing good for the world, and they have pretty regular hours, and they don’t think about dying at work, or what they would do if something happened,” one House aide, speaking anonymously, told Politico. Continue reading at Newsmax.