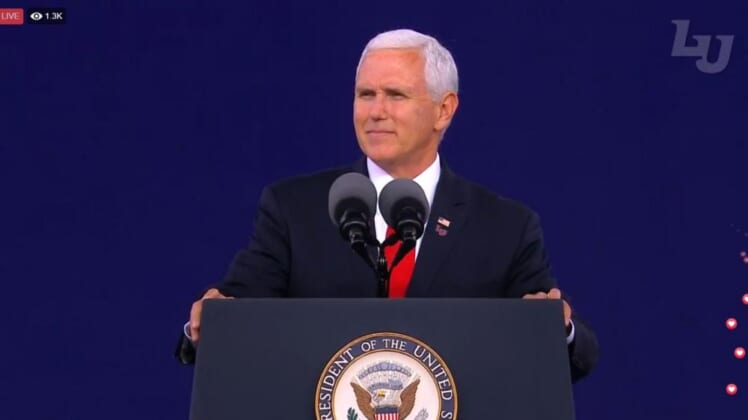 Vice President Mike Pence threw his support behind efforts within the U.S. Senate to challenge the results of the Electoral College.

At least 12 Republicans senators said they will object to the results citing “unprecedented allegations of voter fraud, violations and lax enforcement of election law, and other voting irregularities.”

“Vice President Pence shares the concerns of millions of Americans about voter fraud and irregularities in the last election,” Pence Chief of Staff Marc Short in the statement. “The Vice President welcomes the efforts of members of the House and Senate to use the authority they have under the law to raise objections and bring forward evidence before the Congress and the American people on January 6th.”

Sen. Josh Hawley (R-MO) was the first senator to announce his opposition. And on Saturday Sen. Ted Cruz and 10 other lawmakers fired off their own objections.

“We are not naïve. We fully expect most if not all Democrats, and perhaps more than a few Republicans, to vote otherwise. But support of election integrity should not be a partisan issue. A fair and credible audit-conducted expeditiously and completed well before January 20-would dramatically improve Americans’ faith in our electoral process and would significantly enhance the legitimacy of whoever becomes our next President. We owe that to the People,” Cruz said.