Poll Finds Kemp May Be Vulnerable To Primary Challenge 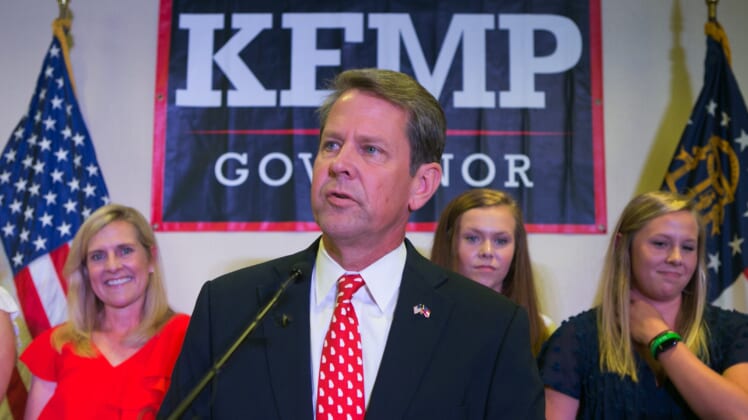 A new poll finds Governor Brian Kemp (R-Georgia) might be vulnerable to a primary challenge next year should the first-term governor seek re-election.

The Trafalgar Group conducted the poll of Republican voters after President Trump floated the idea during a December rally for Senators Kelly Loeffler (R-Georgia) and David Perdue (R-Georgia).

“Doug, you want to run for governor in two years?” Trump asked. “He’d be a good-looking governor.”

The relationship between President Trump, Governor Kemp, and Secretary of State Brad Raffensperger has been well since Election Day. President Trump maintains he is the victim of voter fraud that cost him re-election.

46.2 percent of voters polled by Trafalgar favor Collins. 24.5 percent are in favor of Governor Kemp. 15.6 percent of Republican voters are undecided.

That sizeable number of undecideds could help Kemp narrow the theoretical gap between now and the 2022 election. However, Representative Collins is popular amongst Georgians, even after vacating his seat to run for Senate against Kelly Loeffler and other candidates. Collins was first elected to Congress in 2013, and Collins made national headlines for defending President Trump over the impeachment proceedings.

It’s not clear as to how many Republican voters were polled by the Georgia-based Trafalgar Group.

(The tweet/results from Robert Cahaly, chief pollster at The Trafalgar Group)