President Trump: Fox News Is Going the Way of CNN and MSNBC 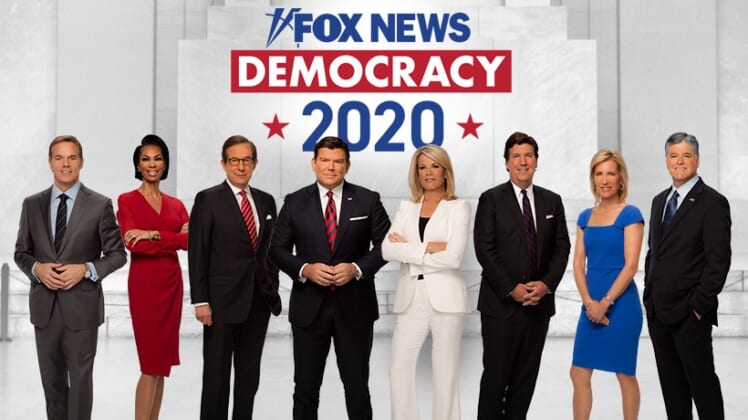 President Trump delivered a scathing indictment of Fox News Channel, the network that once embraced the monicker, “fair and balanced.” The president said that’s anything but the case these days.

For the record, I used to work at Fox News Channel when it was fair and balanced and when I was permitted to cover stories about the culture war. That was a long time ago.

Here’s a transcript of the president’s remarks on the Rush Limbaugh Show.

THE PRESIDENT: Why I can talk to you Rush, the great Rush — and you are the great one and I’m honored to know you — but I can talk to you, and I can spell out all of the dishonesty and everything else and millions of people are listening right now —

THE PRESIDENT: — your all time biggest audience.

THE PRESIDENT: But I can talk to you. Now, let’s say no, I don’t want to do it or I want to be shy, I don’t want to talk, you know, too many people, you know, let’s not talk. No. You have such an incredible audience. So I can tell them about Fox being a big obstacle. It’s a problem. Fox is a problem. When Roger Ailes ran Fox, I mean, Roger had a very strong point of view. It’s totally gone. And I think it’s influenced by Paul Ryan. He’s on the board. I can’t believe it. Here’s a guy who failed as Speaker. Do you know that Nancy Pelosi issues a subpoena like it’s cookies, right? Everything you do, “Did you make a phone call 12 years ago?” Oh, issue a subpoena. You couldn’t get a subpoena out of Paul. When we had —

THE PRESIDENT: — have great guys, I mean, we have Jim Jordan and these guys, they’re so fantastic —

RUSH: Well, they just hired a bunch of Democrats so they could be fair and balanced.

THE PRESIDENT: No, he works for Schumer. They’re Schumer people.

THE PRESIDENT: How about when they hire Donna Brazile who gave the Hillary the questions to the debate?

THE PRESIDENT: Who got fired, by the way, Donna Brazile got fired from CNN and then Fox hires here. Got no credibility. It’s not like she’s great entertainment. It’s not even good entertainment.

RUSH: I know. This unfairness never ends. It never ends. It’s our way of life. It’s something we have to deal with, and it’s maddening —

THE PRESIDENT: When they do that, when they put somebody like a Donna Brazile in — not that she’s effective. She’s not effective —

THE PRESIDENT: It’s a shame. You know, Fox should grab it and they should say, hey, we got the president and we’re gonna defend our president, but they’re not. They’re going the way of CNN. And they’re going the way of MSNBC, and it’s a shame. I mean, it’s a shame. When I watch it, I look at the people they hire. I mean, I could tell you some of the anchors, they’re so bad. They’re so bad. And at the same time, Fox & Friends is terrific in the morning, you know, they’re good.