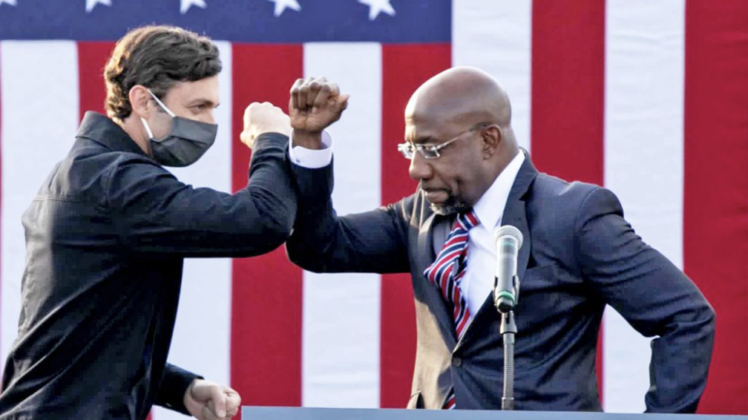 Update from the Secretary of State’s office. https://t.co/AGsJjeOtdk

The board of elections annex building is empty. Workers say they’ll be back at 8 a.m.

Still thousands of votes to be counted here. @WJCLNews

DEVELOPING STORY: President Trump just posted an ominous warning about the vote counting in the run-off races for the U.S. Senate in Georgia.

“Looks like they are setting up a big ‘voter dump’ against the Republican candidates,” the president tweeted. “Waiting to see how many votes they need?”

The president did not offer any specific evidence. However, most of the outstanding votes. are in Democrat strongholds around Atlanta.

Sen. David Perdue and Sen Kelly Loeffler have been leading in the past few hours over Democrats Jon Ossoff and pro-abortion “preacher” Raphael Warnock.

Looks like they are setting up a big “voter dump” against the Republican candidates. Waiting to see how many votes they need?