Kayleigh McEnany Takes Jab At ‘Circle Back’ Jen Psaki: ‘I Always Knew Where My Boss Stood’ 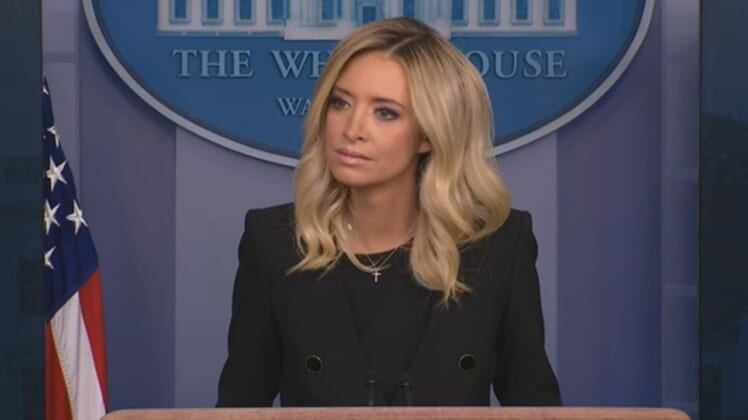 “Unlike other press secretaries that maybe didn’t have walk-in privileges … I could walk in at any time.” — Kayleigh McEnany

The new contributor for the network didn’t mince words comparing her time under former President Trump.

McEnany ragged on Psaki’s signature “circle back” comment to reporters she often uses, and McEnany added that “the great thing about being in the Trump White House was I always knew where my boss stood.”

McEnany credited her ability to answer questions from reporters about her boss goes back to the amount of access Trump gave her.

“Unlike other press secretaries that maybe didn’t have walk-in privileges to the Oval, I could walk in at any time,” she said. “I always knew where he stood.”

She added: “Before every press conference, I would go in with a list of items that I thought the press would ask and go through one by one. I always knew where his head was at, so I didn’t have to do a ton of circling back because President Trump gave a lot of access to me.”

When asked if she would go on Fox News to talk with McEnany, Psaki told the media she’d be “happy” to make an appearance: