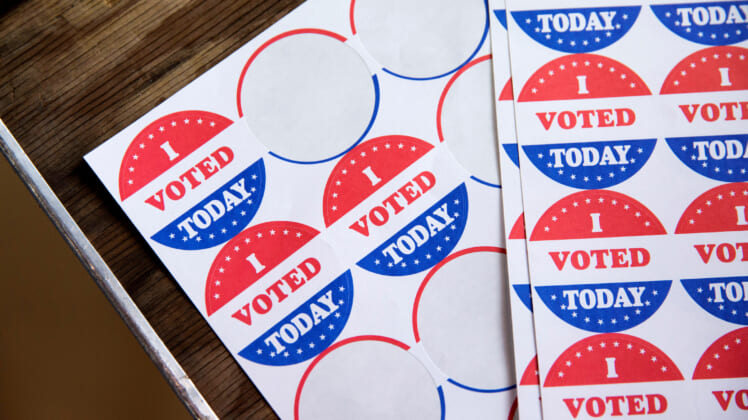 FILE PHOTO: Stickers saying “I Voted Today” are given out to voters in the Democratic primary in Philadelphia, Pennsylvania, U.S., June 2, 2020. REUTERS/Rachel Wisniewski/File Photo

A university professor says African American votes should be counted twice to even the playing field and promote “equality.”

Brandon Hasbrouck, an assistant professor at Washington and Lee University School of Law, teaches several courses that have to do with race. He recently wrote a piece for The Nation called “The Votes of Black Americans Should Count Twice” to promote “vote reparations.”

Hasbrouck says the effects of our current voting system have long-lasting, negative effect on minorities. He says the pandemic has only worsened this problem.

His article was shared on social media and met with a lot of criticism:

“This devaluation of Black votes allows our political system to ignore Black lives,” the author says, “and the consequences are devastating.”

Hasbrouck explains this was the original intent of the country to have an unequal voting system, and the only way to solve this is to tear down that foundation.

“Abolishing this system would mean that ballots cast by Black voters—or any voters, for that matter—would count the same,” he says.

He goes on to say “vote reparations” would create an equal society, and if politicians don’t put this radical idea at the forefront, “we could vote them out.”

Hasbrouck continues that this same principle should apply to Native Americans and “should include in vote reparations others who have suffered similar disenfranchisement.”

Well, all of that doesn’t seem equal to me. If one person’s vote counts more than another person’s, doesn’t that create inequality?