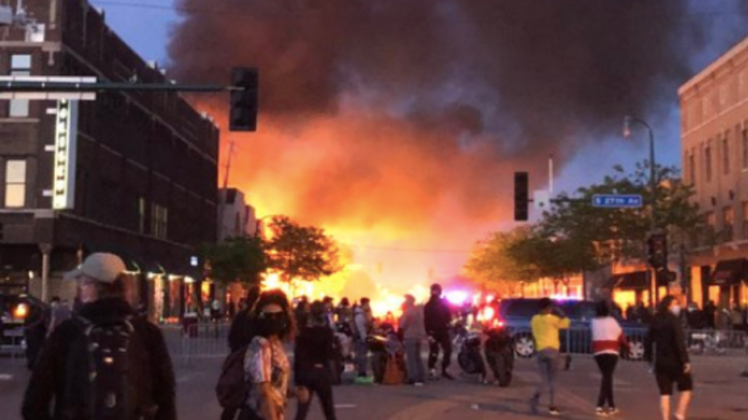 Project Veritas released its latest explosive video on Tuesday that purportedly shows a Democratic operative in Colorado saying he’ll cheat, lie and steal in order to win in 2020.

The report identified the person in the video as Kristopher Jacks. The Daily Wire reported that Jacks appeared on the Weld County Democratic Party’s website as “a member of the Colorado Democratic Party Executive and Central Committees” and chairman of Our Revolution Weld County, CO.

James O’Keefe, the founder of Project Veritas, said that Jacks suggested that a Joe Biden administration would “help him advance his political objectives” or else there will be violence.

“I want to make this point very loudly and very clearly. I said it nicely before, but I’ll say it more curtly now. 2020 is a political revolution,” he purportedly said. He continued, “I think the right-wing has a monopoly right now on strong, violent rhetoric, and I think they underestimate how many people on the left are organized, trained, armed, and ready to go should they decide to do their s**t. And I think all it will take is our numbers and a reminder that yeah, there’s a reason you guys feared the Communists more than you feared the Nazis.”

Jacks purportedly could be heard saying, “I’m gonna be in my garage, right next to my gun safe, all night long, on the 3rd, because that is how seriously I take this stuff.”

One of the videos purportedly shows Jacks saying that there’s only one way to change the country.

“You gotta get people that are close to billionaires and start just, random billionaires start turning up dead. I mean [Jeff] Bezos at top of the list.” He purportedly said he does believe that there needs to be a militant group and he loves Antifa “for that reason.”

Jacks also purportedly talks about how unions in the country seem to be losing their fierceness. He talks about how they used to “stab people” and envisioned as return to the days of old, the report said.

“And that’s all we gotta say. Guillotines mother f***er. Option A, what I’m proposing. Option two, slicey boys. What are your choices? Which one do you want?” he allegedly said.

O’Keefe posted a video confronting Jacks about the videos, and Jacks says that he stands by everything that he said. He seemed to downplay his purported use of the word “guillotines” and said they are just symbolic when talking about revolutions.

He attempted to clarify his reported remarks and said he would lie only if he was being lied to.

O’Keefe identified Jacks’ employer as Century Link, a technology company. The company did not mention Jacks by name but tweeted, “We recently became aware of comments made by an employee. We do not condone this type of activity and have contacted the appropriate law enforcement agencies. We have suspended the employee pending the results of an investigation.”