Raphael Warnock: Abortion is Consistent with My View as a Christian Minister 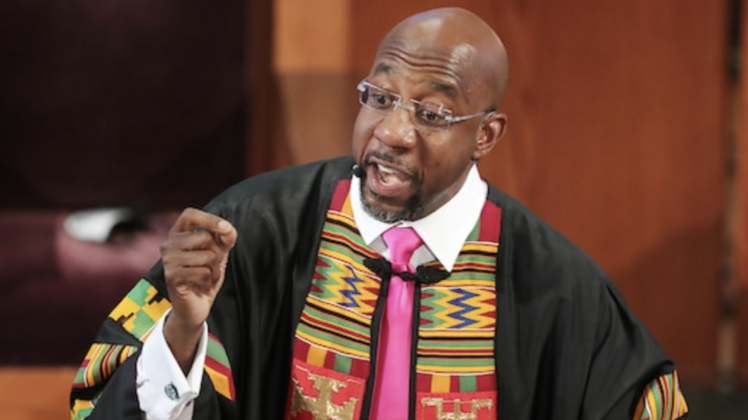 Pastor Raphael Warnock, the radical Georgia leftist running for the U.S. Senate, believes it is acceptable to kill unborn babies.

“He’s used the Bible & the pulpit to justify his support for abortion on demand. Unlike my opponent, I am 100% pro-life. I will ALWAYS defend the most vulnerable among us,” she wrote on Twitter.

Warnock, the pastor of Ebenezer Baptist Church in Atlanta, told radio station WGAU that abortion is “consistent with” his philosophy as a Christian minister. He is also pro-gay marriage.

“I believe unequivocally in a woman’s right to choose, and that the decision is something that we don’t want government engaged in – that’s between her and her doctor and her minister,” he said, adding that, during his campaign, he has been “focused on women’s health, women’s choice, reproductive justice. That is consistent with my view as a Christian minister. And I will fight for it.”

CLICK HERE TO READ TODD’S EXPLOSIVE BOOK: “CULTURE JIHAD: HOW TO STOP THE LEFT FROM KILLING A NATION.”

When the radio host asked him, “Do you think it’s consistent with God’s view – that God endorses the millions of abortions we’ve had in this country since Roe v. Wade?” Warnock replied, “I think that human agency and freedom is consistent with my view as a minister.”

Warnock could surpass Sen. Kamala Harris as the most liberal member of the U.S. Senate should he be elected.

The New York Times reports he is a mentor of James Cone, the father of Black liberation theology.

He also publicly defended the Rev. Jeremiah Wright Jr., who was once the pastor of former President Barack Obama. Mr. Wright’s sermon outlining the nation’s past oppression of minorities included the phrase “God damn America,” the Times reported.

? @ReverendWarnock opposes ANY abortion restrictions. He’s used the Bible & the pulpit to justify his support for abortion on demand.

Unlike my opponent, I am 100% pro-life. I will ALWAYS defend the most vulnerable among us. #gapol #gasen pic.twitter.com/GBHigJKnA2

When you say “a minister” does that mean they represent a church? I’d like to know what book the candidate uses as their foundation for truth and their guiding principles? It couldn’t be the Bible. https://t.co/UF3f7D5pFj