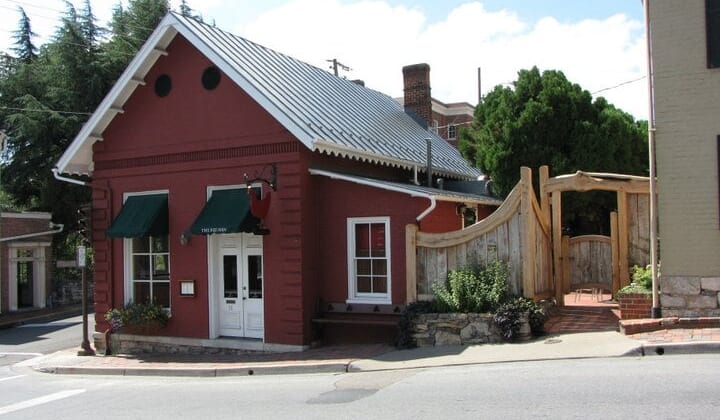 Given the choice, Stephanie Wilkinson said she would kick White House Press Secretary Sarah Sanders out of her restaurant again.

“Absolutely, yes, I would have done the same thing again,” the owner of the Red Hen in Lexington, Virginia told the Washington Post.

The small town restaurant made national headlines Friday night when staffers served up a heaping of intolerance along with a side dish of deep-fried bigotry.

Sanders had been dining at the establishment with her family when she was ordered to leave the premises.

Wilkinson told the Washington Post that some of her LGBT employees were apparently triggered by the presence of a Trump administration official and suffered massive microaggressions.

The Post reported that staffers “knew Sanders had defended Trump’s desire to bar transgender people from the military.”

Wilkinson said she gave staff members the final decision on whether or not to kick out the Sanders family.

“They said, yes,” she told the newspaper.

Wilkinson had been summoned to the restaurant by frightened staff members unsure of how to handle the situation.

When she arrived she asked Sanders to step outside “for a word.”

“I explained that the restaurant has certain standards that I feel it has to uphold, such as honesty and compassion and cooperation,” she told the newspaper. “I said, ‘I’d like to ask you to leave.’”

Ms. Sanders handled the ill-tempered bigot with genteel grace. She offered to pay for the table’s appetizer and then quietly left the restaurant.

In fairness to Ms. Sanders, there were no signs on the restaurant door forbidding service to Republicans, Conservatives or Christians.

Gov. Mike Huckabee defending his daughter in a scathing tweet.

“Bigotry. On the menu at Red Hen Restaurant in Lexington, VA. Or you can ask for the ‘Hate Plate.’ And appetizers are ‘small plates for small minds.’”

It might be a good idea for Conservatives and Christians to be a bit more picky when choosing a poultry restaurant. I recommend Chick-fil-A. They serve everyone – regardless of political parties or sexual identity.