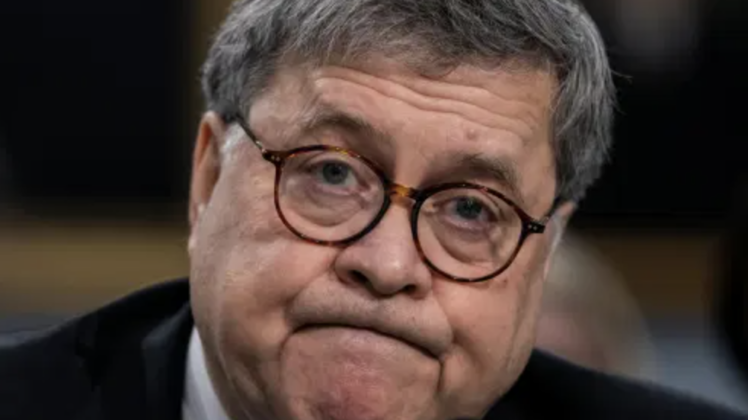 U.S. Attorney William Barr, who the mainstream media spent years trying to portray as President Trump’s personal attorney, was reportedly aware of the two investigations into Hunter Biden and worked to hide the details from the public.

The Wall Street Journal, citing a person familiar with the situation, reported that investigators in Delaware tried to “tried to keep the cases out of public view by taking few visible steps in the weeks before the November election, recognizing the impact their work could have.”

Todd Starnes, the host of the “Todd Starnes Show,” posted on Twitter, “If the Wall Street Journal story is true and Attorney General Barr knew in the spring about the Biden investigation and kept it quiet — he should be fired by the end of business today.”

The report, if true, will likely be seen by Trump supporters as just another way the “Deep State,” mainstream media and the press worked in an almost coordinated effort to help protect Joe Biden from scrutiny. Democrats still blame Ex-FBI Director James Comey for announcing—just days before the 2016 election—that he sent a letter to Congress stating the FBI learned of the existence of emails that appeared to be ‘pertinent” to the Hillary Clinton email investigation.

Last week, the New Yorker ran an article titled, “William Barr’s Break With Donald Trump,” and pointed to the first apparent public break in their relationship earlier this month. Trump has been contesting the election results and claimed widespread voter fraud, but Barr came out and said the Department of Justice found no such thing.

He told the Associated Press that the FBI has been following up with some complaints but “to date, we have not seen fraud on a scale that could have effected a different outcome in the election.” Days later, Trump criticized Barr for not doing anything when it comes to investigating the claims and he said it is a “disappointment, to be honest with you.”

Trump was asked if he still has confidence in his top lawman and he responded, “Ask me that in a number of weeks from now.”

The Hunter Biden drama resurfaced this week when he announced that he learned about a 2018 investigation by the U.S. Attorney from Delaware into his taxes. He has denied wrongdoing and Joe Biden’s transition team issued a statement saying that the elder Biden is “proud of his son, who has fought through difficult challenges, including the vicious personal attacks of recent months, only to emerge stronger.”

The Journal reported that Hunter Biden is also being investigated by federal prosecutors in Manhattan over his business dealings. The paper said there is also a broader criminal investigation that was described as an “international financial” probe. Barr knew about these probes back in the spring, the Journal reported.