Republicans Should Demand that McConnell Be Removed as Party Leader 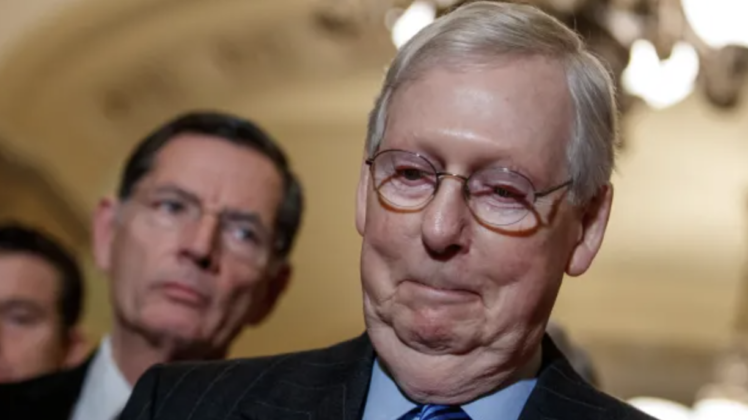 Steve Cortes, the former Trump campaign senior adviser, told the “Todd Starnes Show” on Tuesday that Senate Majority Leader Mitch McConnell’s move to blame President Trump for the riot at the Capitol is “despicable” and the reason why he is in the minority.

McConnell said Tuesday that Trump “provoked the mob prior to the riot at the Capitol earlier this month. The Kentucky Republican, who has recently distanced himself from the president, said, “The mob was fed lies.”

Cortes said that he is not surprised but “very disappointed” in McConnell’s statement. He said for McConnell to blame the deadly riot on Trump is “just despicable.”

“I think it is emblematic of why Mitch McConnell belongs in the minority,” Cortes said, eluding to the new Democrat control in the chamber. “I’m a believer that if he had just heeded President Trump’s plans to $2,000 direct stimulus to Americans in need, we would have won at least one of those senate seats in Georgia and he would still be the majority leader. Instead, he did not take action and will now be in the minority.”

Cortes said that it has been clear for some time that McConnell has never bought into the “America First” agenda, and he is just now showing his true feelings about the movement. Cortes said McConnell’s comments are not even factual and pointed to how Trump specifically told those at the Jan. 6 rally to protest peacefully.

He said that the president was still in the middle of his speech when the “thugs” started to confront Capitol police. Cortes said he has no interest if the agitator is part of ANTIFA or wearing a ‘Make America Great Again’ hat, he said if you destroy property and assault police you should face serious charges.

Cortes said that McConnell’s political calculation is not even smart. His attempt to play the role of a centrist Republican who will be embraced by the media and Democrats will not work while the Republican base—which is made up of Trump supporters—will see his overtures as a betrayal.