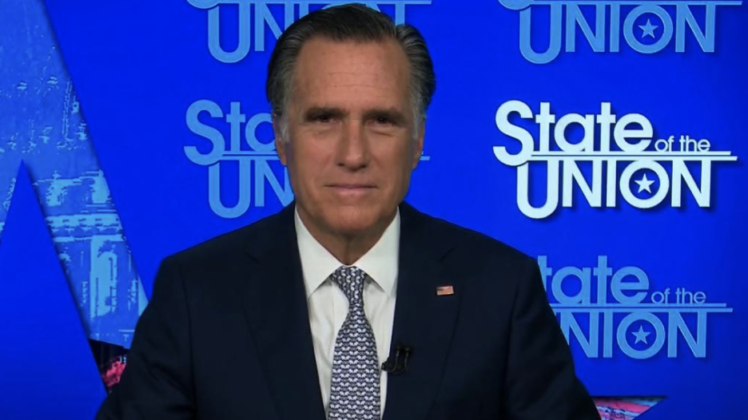 Sen. Mitt Romney (R-UT) told CNN’s Dana Bash that it’s constitutional to proceed with the impeachment of former President Donald Trump. The transcript of the interview as well as video are posted below.

Senator, thank you so much for joining me this morning.

I want to get right to the impeachment trial that we’re going to see on February 9. As our viewers just heard, hours after that insurrection, you went on the Senate floor and you said it was incited by the president of the United States. That’s what’s in this article of impeachment, too.

So, are you open to voting yes on convicting him?

ROMNEY: Well, I’m going to be a Senate juror. And, as a result of that, I will listen to the arguments, both by the prosecution, as well as by the defense. We haven’t heard those yet. I will read the briefs. And I will make a decision.

And I will make a decision based upon the facts and the evidence that as it’s presented.

BASH: Many of your colleagues, I’m sure you have heard, argue that it’s not constitutional to convict a president who is no longer in office. Do you agree with that?

ROMNEY: Well, I’ve read a number of law review articles. And I think you can put aside the partisan columns, if you will, that are written in various publications and look at those that are written by academics.

You will find that the preponderance of the legal opinion is that an impeachment trial after someone’s left office is constitutional. I believe that’s the case. I will, of course, hear what the lawyers have to say for each side.

But I think it’s pretty — pretty clear that the effort is constitutional.

GOP Sen. Mitt Romney says his impeachment vote will be "based upon the facts and the evidence as is presented."

Romney also says he believes "that what is being alleged and what we saw, which is incitement to insurrection, is an impeachable offense. If not? what is?" #CNNSOTU pic.twitter.com/Niu44zbdPU

BASH: Do you think it was appropriate that he was impeached by the House?

ROMNEY: Well, yes, I believe that what is being alleged and what we saw, which is incitement to insurrection, is an impeachable offense. If not, what is?

This is — these allegations are very serious. They haven’t been defended yet by the president. He deserves a chance to have that heard. But I think it’s important for us to go to the normal justice process and for there to be resolution.

BASH: I want to play something else you said that day on the 6th on the Senate floor just after the Capitol attack.

ROMNEY: Those who choose to continue to support his dangerous gambit by objecting to the results of a legitimate democratic election will forever be seen as being complicit in an unprecedented attack against our democracy.

BASH: Do you consider your colleagues Ted Cruz and Josh Hawley to be, in your words, complicit in an unprecedented attack against our democracy? And should they face censure or some other punishment?

ROMNEY: Well, I think history will provide a measure of judgment with regards to those that continue to spread the lie that the president begun with, as well as the voters in their respective communities.

I don’t think the Senate needs to action. After all, there were thousands upon thousands of people who continued to spread the idea that the election had been stolen.

And I hope people step back and say, where was it that the president got the idea that the election was fraudulently delivered? Did his Justice Department tell him that? No. As a matter of fact, they told him just the opposite.

Did the intelligence community tell him that? No, actually, they said just the opposite.

So, where did he hear this idea that, for instance, 5,000 dead people in Georgia voted? Did that come from the Georgia officials? No, they said only two people. Upon a complete review of all the voters, only two people who are dead that voted. And those are being investigated.

So, basically, he either made this up out of midair, or perhaps someone in their basement tweeted something out, and he picked it up from there. But there is no evidence that he was ever able to show. And that’s why 60 courts who looked at it simply laughed him out of court.

And the reality is, this is something that was made up. And it’s had enormous damage. And those that participated in spreading that I think will recognize that they now have a responsibility to set the record straight and to say, in fact, we never did see hard evidence of a widespread fraud of the nation that would have reversed the election.

That is something I think that’s essential today.