Ronna McDaniel: Cuomo Must Apologize to Military over American-Bashing Smear 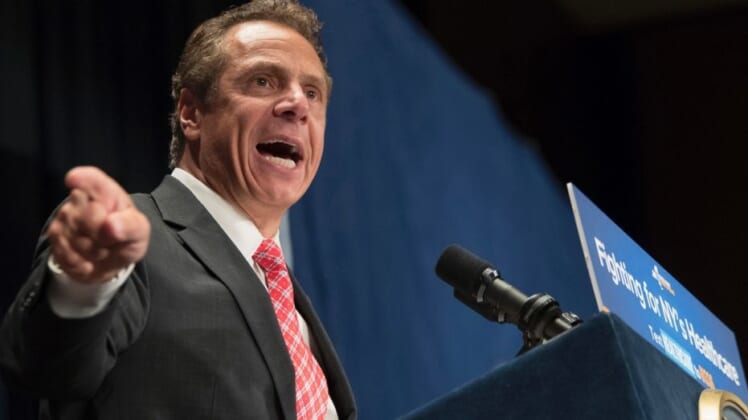 The fallout over New York Gov. Andrew Cuomo’s anti-American smear continues to grow with the head of the Republican National Committee calling on him to apologize to the military.

“I just want to say definitively we are the greatest nation on earth, and we need to say that loud and proud, and we need to say it for future generations, because we are so blessed to be living in a country with the freedoms we enjoy,” McDaniel said.

Weighing on the continued bashing of American culture and people by prominent Democrat politicians, McDaniel called Cuomo’s comments “shameful,” and said the NY governor owes an apology to “every American who fought in every war and every American every day who is paying taxes and working to make this country as great as it is.”

McDaniel referenced a comment from Massachusetts Sen. Elizabeth Warren where the senator said “our law enforcement is racist from front to back,” and told Starnes that Americans have to hold Democrat politicians “accountable for what they’re saying because it’s not right.”

“We’re going to fight for this country,” McDaniel said. “When you have these extreme views from Democrats about abolish ICE, America was never that great, our law enforcement is racist front to back, these are horrible things that the leaders of the Democrat party are saying, and that is not where we want our country to go.”

The chairwoman of the RNC noted that voter apathy was a potential pitfall for Republicans in the upcoming midterm elections saying “you can’t win if you don’t vote.”

She called on people to get engaged, and that the party was seeing good signs on the ground with a record number of small dollar donations and over 20,000 trained field operatives working to get out the vote.

“That’s what it’s going to take to keep this comeback alive for our country,” she said.

“More jobs are coming back, unemployment at record lows, things are going well for our country, so let’s stay on the right track.”


Editor’s Note: Social media is cracking down on Conservative content. To ensure you receive conservative and faith-based news items – click here for a free subscription to Todd’s newsletter.