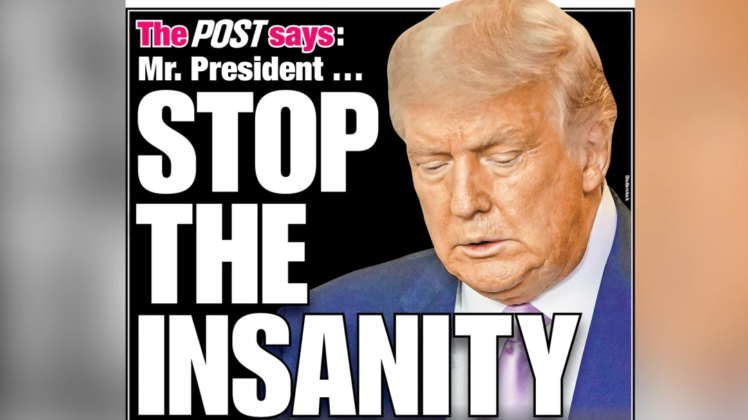 Rupert Murdoch, the owner of Fox News Channel and the New York Post, has declared war on President Trump.

The Post published a scathing editorial board screed today calling on the president to surrender the presidency.

“Mr. President, it’s time to end this dark charade,” the editorial board wrote, calling his refusal to concede the election an “undemocratic coup.”

“Unfortunately, you’re obsessed with the next day, Jan. 6, when Congress will, in a pro forma action, certify the Electoral College vote. You have tweeted that, as long as Republicans have “courage,” they can overturn the results and give you four more years in office,” they wrote. “In other words, you’re cheering for an undemocratic coup.”

The Post went on to describe our president as an “anarchist” and the “King Lear of Mar-a-Lago.”

“We understand, Mr. President, that you’re angry that you lost. But to continue down this road is ruinous. We offer this as a newspaper that endorsed you, that supported you: If you want to cement your influence, even set the stage for a future return, you must channel your fury into something more productive,” they wrote.