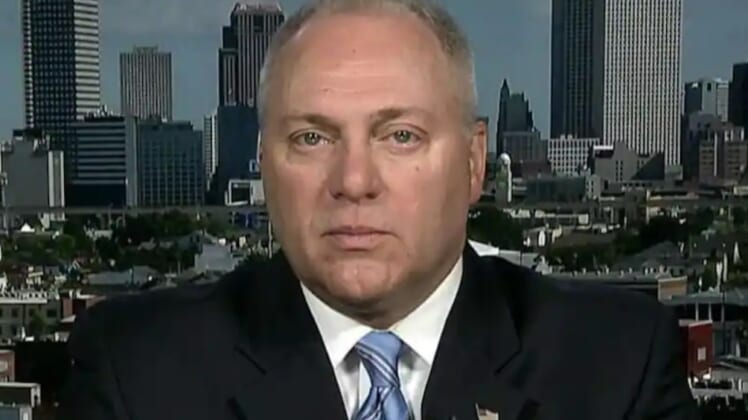 House Minority Whip Steve Scalise (R-LA) slammed a report that the FBI ruled the 2017 shooting at a Republican baseball practice, which nearly killed him, as a “suicide by cop.”

“I was shot by a deranged Leftist who came to the baseball field with a list of Congressional Republicans to kill,” Scalise wrote.

Politico reported that Rep. Brad Wenstrup (R-OH), a congressman who was also on the field with Scalise, said bureau agents privately briefed baseball team members on November 16, 2017 to deliver the bizarre determination.

“Much to our shock that day, the FBI concluded that this was a case of the attacker seeking suicide by cop,” the Ohio Republican said to FBI Director Christopher Wray.

“Director, you want suicide by cop, you just pull a gun on a cop. It doesn’t take 136 rounds. It takes one bullet. Both the DHS and the (Office of the Director of National Intelligence) published products labeling this attack as a domestic violent extremism event, specifically targeting Republican members of Congress. The FBI did not.”

The FBI has never publicly disclosed its final conclusions about the June 14, 2017 shooting, Politico reports.