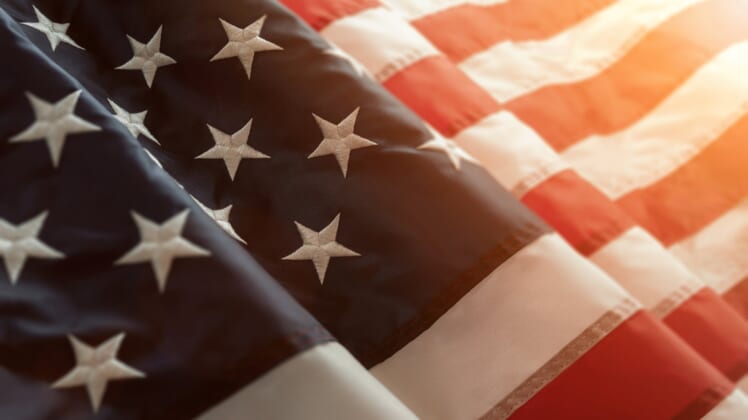 “This is outrageous that we’re not talking about the anti-Semitic conversation that was held on the floor of the United States House of Representatives,” said Senator Perdue. “I didn’t think in my lifetime we’d ever hear that.”

CLICK HERE TO PRE-ORDER TODD’S EXPLOSIVE NEW BOOK – “CULTURE JIHAD: HOW TO STOP THE LEFT FROM KILLING A NATION.” THE BOOK ENDORSED BY SEAN HANNITY AND MIKE HUCKABEE.

Perdue believes the attacks on the president are a distraction by Democrats so that people don’t talk about the failure of the Obama administration.

“They don’t want to talk about the successes of this administration,” he continued. “We have the greatest economic turnaround underway right now that we’ve seen in my lifetime, certainly, and maybe in the history United States with six million new jobs created.”

“You’ve been very outspoken on those issues, especially with the military, but there was an incident over the weekend in Aurora, Colorado, where the American flag was torn down by protesters who then raised the Mexican flag,” said Starnes. “Not a single Democrat running for the White House has condemned that action that took place on American soil.”

“When I heard the presidential debate a couple weeks ago. I couldn’t figure out if those people were running for President of the United States or president of Guatemala or someplace,” he quipped. “The one thing that President Trump has done is explain to the rest of the world we have self-interest too, and that America first to us doesn’t mean America alone, but this is the hypocrisy that I see in the Democrats.”

“And yet they failed him at every turn,” he stressed. “This slide to socialism over the last hundred years has totally failed in America. Obama just doubled down on it. But what we’re seeing right now is a renaissance in America, getting back to the things that made us great in the first place (such as) economic opportunity, fiscal responsibility, limited government, and we have a president actually proud to be an American.”

That, said Perdue, is why President Trump is so frustrated.

“It seems to me the Democrats really don’t like America,” he said.