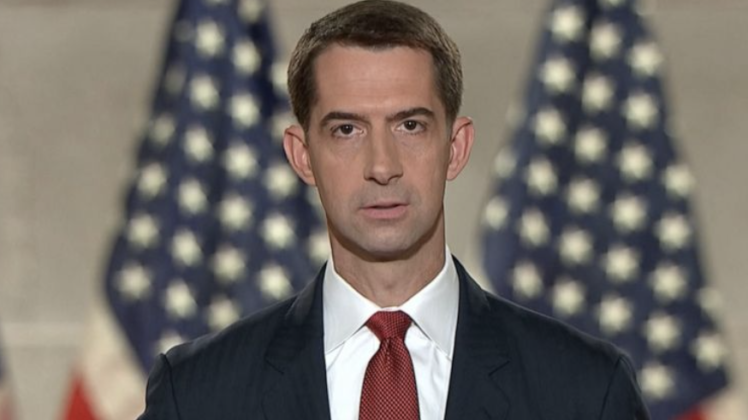 Sen. Tom Cotton (R-AR) announced Sunday night that he will not oppose the counting of the electoral college votes.

“I share the concerns of many Arkansans about irregularities in the presidential election, especially in states that rushed through election-law changes to relax standards for voting-by-mail,” he said in a prepared statement.

Well, if he really does have concerns about voting irregularities, why isn’t he doing anything about it? Why is he simply turning a blind eye?

In essence, Cotton is saying that he doesn’t want to stir up a stink, so he’s going to make nice with the Democrats.

If you know there is a problem, you fix the problem.

Following is the remainder of the senator’s statement:

“I also share their disappointment with the election results. I therefore support a commission to study the last election and propose reforms to protect the integrity of our elections. And after Republicans win in Georgia, the Senate should also hold more hearings on these matters. All Americans deserve to have confidence in the elections that undergird our free government.

If Congress purported to overturn the results of the Electoral College, it would not only exceed that power, but also establish unwise precedents. First, Congress would take away the power to choose the president from the people, which would essentially end presidential elections and place that power in the hands of whichever party controls Congress. Second, Congress would imperil the Electoral College, which gives small states like Arkansas a voice in presidential elections. Democrats could achieve their longstanding goal of eliminating the Electoral College in effect by refusing to count electoral votes in the future for a Republican president-elect. Third, Congress would take another big step toward federalizing election law, another longstanding Democratic priority that Republicans have consistently opposed.

Thus, I will not oppose the counting of certified electoral votes on January 6. I’m grateful for what the president accomplished over the past four years, which is why I campaigned vigorously for his reelection. But objecting to certified electoral votes won’t give him a second term—it will only embolden those Democrats who want to erode further our system of constitutional government.”