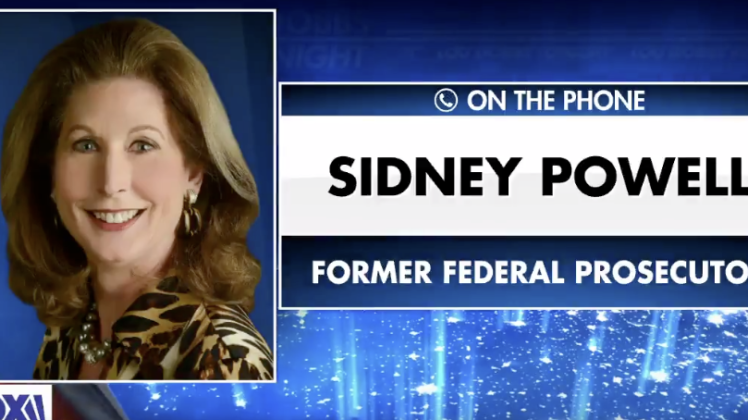 Attorney Sidney Powell says she expects to file a lawsuit in Georgia as early as Wednesday alleging voter fraud in the presidential election.

Powell told Fox Business host Lou Dobbs that the lawsuit is a “massive document” that will have “a lot of exhibits.”

“The defendants are going to be folks in Georgia who are responsible for supposedly making sure the elections in Georgia are done properly,” she said. “And there are just countless incidents of voter fraud and election fraud writ large in Georgia.”

Powell said she expects to prove that President Trump won the 2020 presidential election in a landslide.

“There is no issue in my mind that he was elected in an absolute landslide nationwide,” she told Dobbs.

BREAKING NEWS: @SidneyPowell1 says her lawsuit in Georgia could be filed as soon as tomorrow and says there’s no way there was anything but widespread election fraud. #MAGA #AmericaFirst #Dobbs pic.twitter.com/buB5UDwZ9u