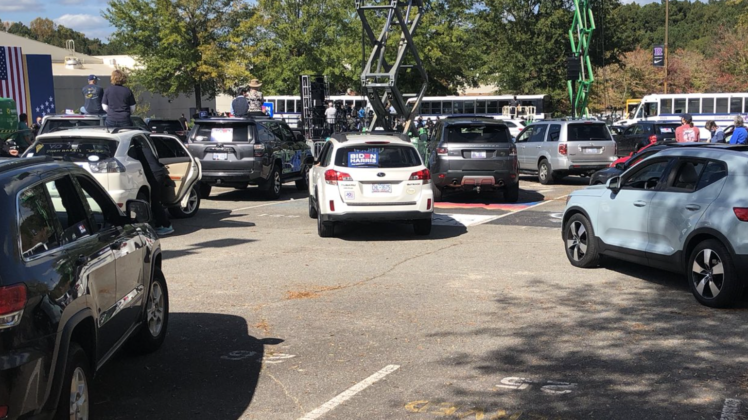 ABC 11 reports “around 40 cars were parked in a semi-circle in the parking lot listening to the former vice president speak.”

Biden delivered remarks in the parking lot of a high school in Durham. Exact attendance numbers were not disclosed.

The News & Observer reports Biden’s “supporters were asked to stay in their vehicles to practice social distancing due to the COVID-19 pandemic.”

And a local magazine described the event as “mysterious” where “few people heard or saw him.”

Something very strange is going on, folks. Tens of thousands of people are turning out to greet President Trump and Biden can only muster a small crowd. Yet, the media wants you to believe Biden is going to win in a landslide.

Supporters of former VP Joe Biden staying in their cars as they await his campaign appearance at Riverside HS in Durham.@SpecNews1RDU pic.twitter.com/2M8CMYZ1zH