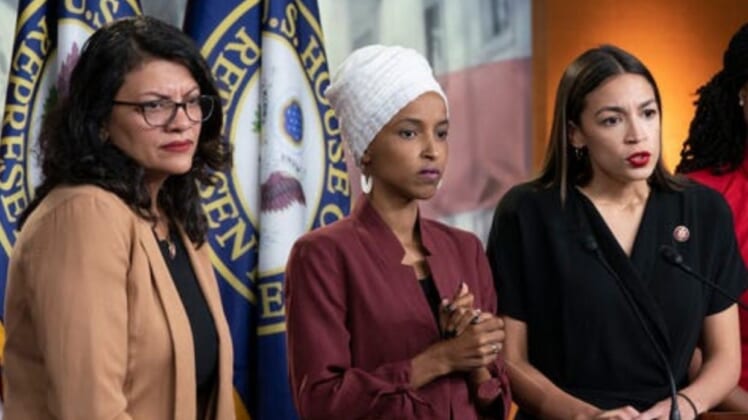 “We think of the violence against our Jewish friends adn we think about the attacks on Israel and we can’t stand for that as Americans,” the Republican representative told the Todd Starnes Radio Show.

“It’s so outrageous to think the Jews in America would come under attack, that they can’t go out and enjoy a lovely night,” said nationally syndicated radio host Todd Starnes. “This is appalling and yet you don’t see much condemnation from the Democrats.”

The conservative from North Carolina said Democrats have been taken over by the radical, progressive Left.

The North Carolina lawmaker said The Squad’s policies are “destroying us from the inside out.”

“Let’s compare, and I would remind Rashida Tlaib and the rest of The Squad of this. On one side you’ve got Hamas. Hamas is a terrorist organization. They are firing thousands of rockets at civilians. Hamas, in their founding documents, they say they want to destroy Israel,” Budd explained. “Now, on the other side, you’ve got Israel. They are the only democracy in the Middle East. They are our friends and our ally to America. And Israel is a force for civility in the region. This really isn’t that complicated. The United States must stand shoulder to shoulder with Israel.”

When Starnes asked Budd if there are anti-Semites on Capitol Hill, Budd replied said he there are based on the words and actions of The Squad.

“It’s very sad and we have to stand up and be very vocal,” Budd concluded. “When we stand with Israel, we stand for peace in the Middle East.

LISTEN TO THE FULL INTERVIEW WITH REP. BUDD BEGINNING AT 41:50 ON THE TODDCAST PODCAST: