Starnes: We Are Watching a Slow-Moving Coup 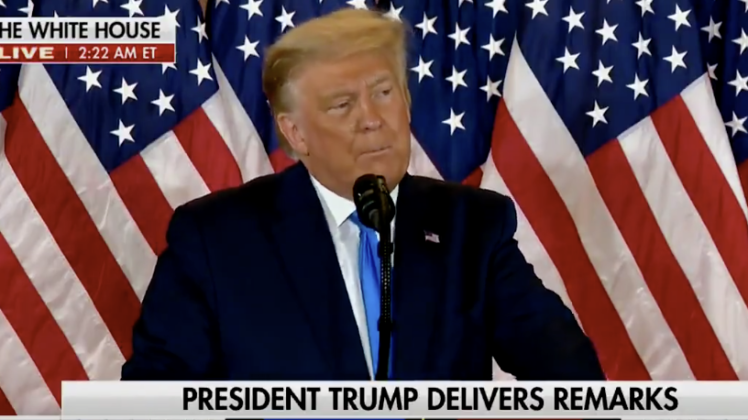 Hello Americans. I’m Todd Starnes with News and Commentary next.

Remember when Joe Biden made that gaffe about having the most extensive voter fraud organization in history? His campaign and the social media fact-checkers said the former vice president misspoke.

I don’t think it was a gaffe. It looks like the Democrats are trying to steal a presidential election.

Vote counting shut down in a number of states – including Pennsylvania. Election officials in Georgia halted the counting because they ran out of printer ink.

President Trump was right to call this for what it really is – fraud. And the Mainstream Media is providing cover for the Democrats.

Frankly, in the words of President Trump, he won that election last night.

But do not be surprised if there is massive pressure from Republicans to call on the president to step down – for the good of the country. The president must resist those calls.

Understand what is at stake – the future of our nation. And it is imperative that every freedom-loving patriot stand up and fight alongside our president.

Be sure to download my free podcast and listen to my national radio show – live noon to three eastern – streaming online at ToddStarnes.com.